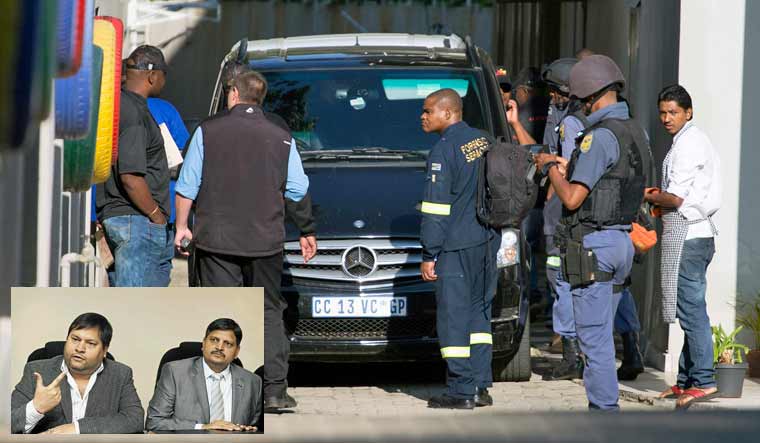 The US on Thursday announced sanctions against South Africa's high-profile Indian-origin Gupta family for running a "significant corruption network" that leveraged its political connections to engage in bribery, capture government contracts and misappropriate state assets.

Among those specifically named in the US Treasury Department's designation include Ajay Gupta, Atul Gupta, Rajesh Gupta, and their associate Salim Essa for their involvement in corruption in South Africa.

The Gupta family has relocated to Dubai amid corruption charges against them in South Africa.

Ajay is the family patriarch who formulated the family's corrupt business strategies and controlled its finances, Atul is widely known to have overseen the Gupta family's outreach to corrupt government official, and Rajesh cultivated important relationships with the sons of powerful South African politicians and led efforts to pursue business and relationships in a South African province where corruption was rampant, the Treasury said.
Salim Essa, a business associate of the Gupta family, has materially assisted, sponsored, or provided financial, material, technological support in the corruption network, the Treasury alleged.

The sanctions announcement demonstrates the US government's unwavering commitment to supporting the rule of law and accountability in South Africa, the Treasury said.

"We support the anti-corruption efforts of South Africa's independent judiciary, law enforcement agencies, and the ongoing judicial commissions of inquiry. Moreover, we commend the extraordinary work by South Africa's civil society activists, investigative journalists, and whistleblowers, who have exposed the breadth and depth of the Gupta family's corruption," it said.

The Treasury said its Office of Foreign Assets Control (OFAC) sanctioned members of a significant corruption network in South Africa that leveraged overpayments on government contracts, bribery, and other corrupt acts to fund political contributions and influence government actions.

"The Gupta family leveraged its political connections to engage in widespread corruption and bribery, capture government contracts, and misappropriate state assets. Treasury's designation targets the Guptas' pay-to-play political patronage, which was orchestrated at the expense of the South African people, said Sigal Mandelker, Treasury Under Secretary for Terrorism and Financial Intelligence.

"The Guptas and Essa have used their influence with prominent politicians and parties to line their pockets with ill-gotten gains. We will continue to exclude from the US financial system those who profit from corruption.

Ajay, Atul, and Rajesh Gupta immigrated to South Africa (from Uttar Pradesh) in the 1990s, and due in large part to their generous donations to a political party and their reportedly close relationship with former South African President Jacob Zuma, their business interests expanded.

The family has been implicated in several corrupt schemes in South Africa, allegedly stealing hundreds of millions of dollars through illegal deals with the South African government, obfuscated by a shadowy network of shell companies and associates linked to the family.

Credible reports of these corruption schemes include the Gupta family offering members of the South African government money or elevated positions within the government, in return for their cooperation with Gupta family business efforts.

As a part of their corrupt business enterprise, South African government officials and business executives discussed ways to capture government contracts and then move the proceeds of those contracts through Gupta-owned businesses, it added.