Bolivia fires burned down an area the size of Switzerland 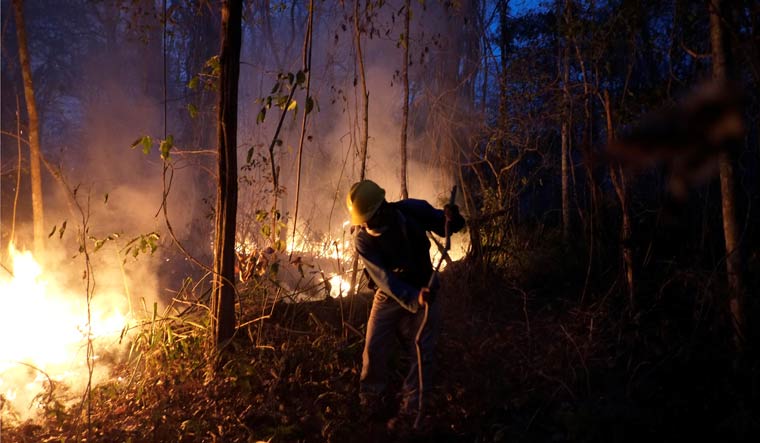 Bolivia’s volunteer firefighters are at the front-line of the countries worst fires in two decades. But, after nearly two months of battling infernos that have claimed millions of hectares, they are beginning to lose hope as the fires doubled in size in a span of three weeks.

The fires in Bolivia, unlike those that were taking place in neighbouring Brazil, are mostly in dry forested areas, prairies and farmland. Like the Amazon fires that took place recently (and still persist in parts of Brazil), they represent an unprecedented ecological catastrophe for the region.

An environmental NGO, 'The Friends of Nature Foundation', estimates (using satellite images) that over 3.1 million hectares of fores and grasslands have been burned in over a month—a region the size of Switzerland. The group estimated that 1.4 million hectares of forests have burned down in Chiquitanía, with the remaining damage taking place in the province of Santa Cruz.

Three firemen died while bathing in a local lake, according to Reuters. One died from heart attack, amidst harsh working conditions that show few signs of respite.

The volunteer firefighters are poorly equipped, with Reuters reporting that a firefighting Boeing 747 aircraft that President Evo Morales had ordered had yet to make it to the area. The volunteers report scenes of charred bodies and ashes across the forests, as they work round the clock to try and stop the blaze. 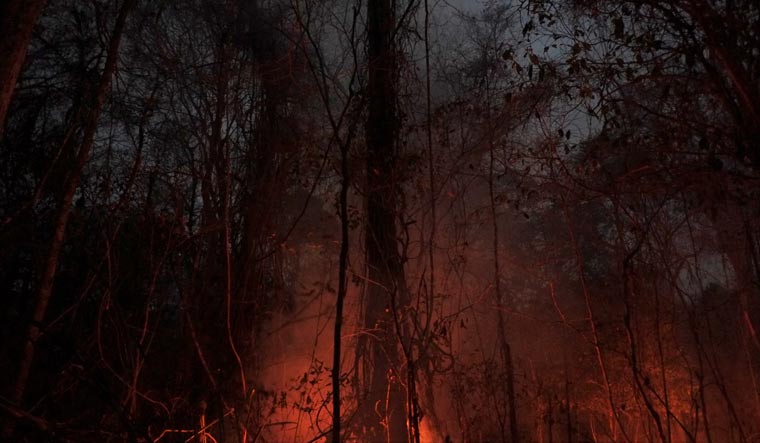 Bolivia’s fires have been exacerbated by a dry season, spurred on by the boom in soy-farming and cattle ranching. In addition, President Morales had earlier increased the controlled burning limit for farmers from five to 20 hectares. Like with the Amazon fires, a spurt of slash-and-burn practises by farmers is believed to have caused the larger blaze.

Morales is banking on farmers in the run-up to Bolivia’s looming presidential elections on October 20, as he hopes to win a fourth term as president. The country’s rainy season is also only expected by October.