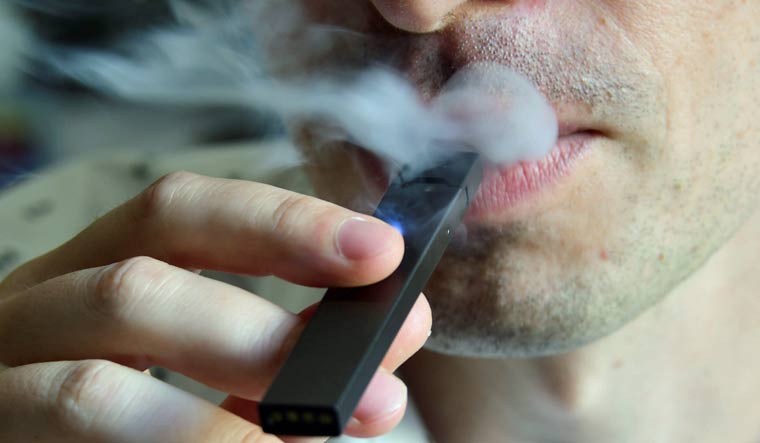 After a surge in breathing illnesses linked to vaping and the seventh death in the country due to e-cigarettes, New York becomes the first state to ban flavoured e-cigarettes. The product had so long been promoted as less harmful than smoking.

The ban comes into force with immediate effect. Michigan became the first state to declare a ban earlier this month, but that law has yet to be implemented.

"It is undeniable that vaping companies are deliberately using flavours like bubblegum, Captain Crunch and cotton candy to get young people hooked on e-cigarettes— it's a public health crisis and it ends today," said Cuomo.

According to the Food and Drug Administration (FDA), the move could later extend to an outright prohibition of vaping if adolescents migrate to tobacco flavours, seen as more legitimate products that help smokers quit their habit

Shops in New York have two weeks to remove vaping products from their shelves. The ban does not prohibit menthol or tobacco-flavoured e-cigarettes. Vape shop owners in the meanwhile say they are a legal challenge to the new regulation. Shop owners feel that lawmakers should crack down on manufacturers and not shop owners if they wanted to do something about the situation.

E-cigarettes have been available in the US since 2006 and their use among adolescents has skyrocketed in recent years.

The Centers for Disease Control and Prevention (CDC) recently that there were now more than 450 possible cases of pulmonary illness associated with vaping in the US.

The FDA has warned Juul to stop advertising itself as a less harmful alternative to smoking, noting, in particular, the company's attempts to attract young people.