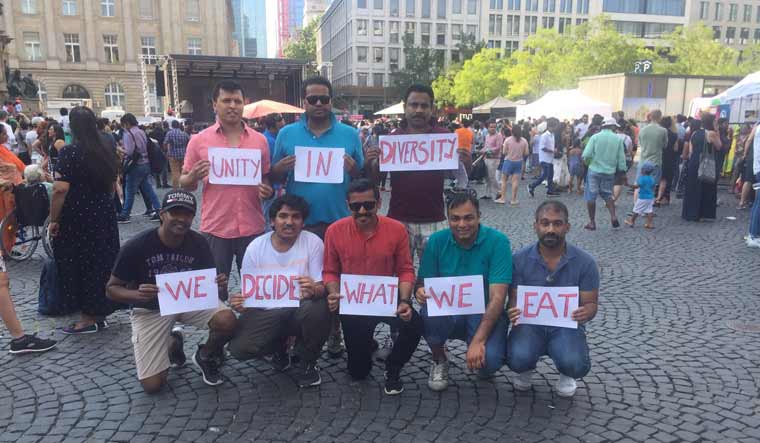 A Malayali cultural organisation staged a silent protest in Frankfurt after being told to remove beef from their menu at the Indien Fest held on Saturday.

The incident happened during the Indien Fest organised by the Consulate General of India in Frankfurt on August 31. According to the Kerala Samajam Frankfurt (KSF) Facebook page, Indian organisations participating in the fest were asked to serve delicacies from their state, with the only restriction being alcohol.

The Kerala Samajam group had prepared the items on their menu, which included beef curry. However, on the day of the fest, people with “vested interests” objected to the food item being served at the KSF stall. Those objecting to the menu stated that serving cow meat was a “direct attack on Indian culture”.

The Consulate General of India requested KSF to remove the food item from their menu so as to avoid a scene at the fest. The Kerala Samajam group wrote on Facebook that they complied to the request to “maintain peace and harmony and above all, to uplift the core value of India―Unity in Diversity”. 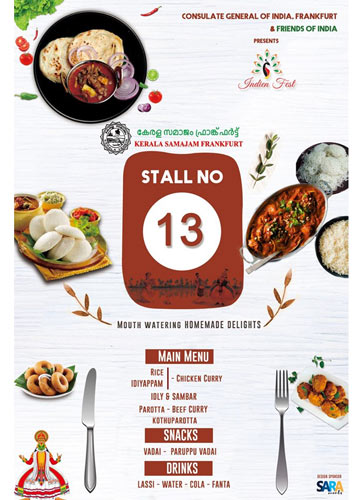 Menu posted by KSF on their FB page

Donny George, one of participants from KSF group, posted on Facebook that the group staged a silent protest against fascism. Members of the group are seen holding cards that read “unity in diversity” and “we decide what we eat” in the images posted on social media.

George posted that members of the community are against cowardice in the name of religion and depicting India as intolerant. He added that the group was “dejected” with such acts that questioned an individual's freedom of choice. “We feel it’s time we showed our dissent publicly,” he wrote.

George posted a link to a petition for “secularism and peace” as well. It called for showing solidarity and representing India as a tolerant country in the international community.

The KSF and George further clarified that there was no ruckus as reported by some news portals, and the group simply staged a silent protest after they succumbed to the pressure put on by those who objected.