Anti-extradition protests rage on in the global financial hub 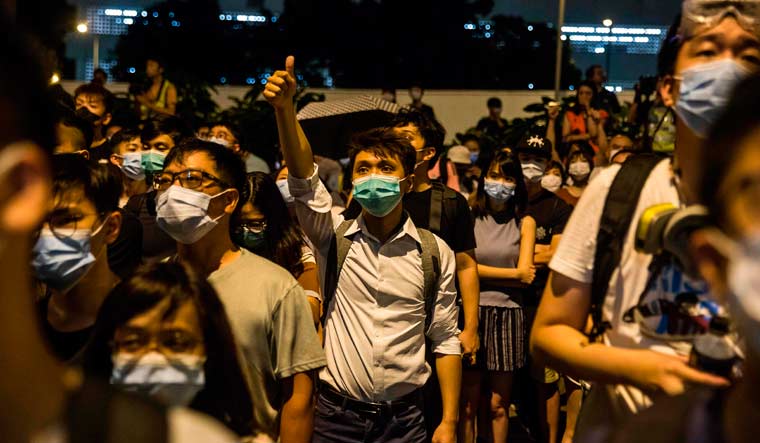 Hong Kong, a semi-autonomous region of China, is witnessing yet another protest movement against the regional government and the steps it has taken to curtail freedom and civil liberties. Around two million people thronged the streets in mid-June against a proposed amendment to the extradition laws, which seeks to send local and foreign criminals to mainland China to stand trial under Chinese laws, often seen as opaque and vastly uncompromising. The protesters argue that it is an attempt by China to undermine the identity of Hong Kong and curtail the civil liberties the city state has been enjoying under the “one country, two systems” model, since 1997 when Britain ceded the territory to China.

Hong Kong’s Chief Executive Carrie Lam’s efforts to resolve the crisis by offering an unconditional apology and by promising to suspend the proposed amendments have not been successful. Protesters now demand the resignation of the “pro-China” Lam and an investigation into the use of force by the police to disperse the crowd. They allege that it demonstrated the “creeping influence” of the Chinese government over the democratic freedom of Hong Kong. China, meanwhile, accused that the protest was instigated by the United States, aimed at destabilising the city state and weakening Chinese control. It cited instances of some of the protesters carrying American flags. Interestingly, the protesters were non-violent and no property was damaged. Most of the violence was perpetrated by the police.

The Hong Kong government says the immediate trigger behind the proposed extradition bill was a murder and financial fraud committed by its citizen Chan Tong-kai. The 20-year-old had allegedly killed his girlfriend during a trip to Taiwan last year. Chan, who has since returned to Hong Kong, has only been charged in Hong Kong for money laundering after he allegedly used his murdered girlfriend's stolen credit card. Hong Kong and Taiwan do not have an extradition agreement and courts in Hong Kong does not have jurisdiction over crimes committed abroad. The Taiwanese government had urged Hong Kong to send Chan back for trial, but the Hong Kong government refused. And, it has used the gruesome incident to bring a broad-based extradition regime controlled by Beijing, despite opposition from the business community, legal experts and ordinary citizens. It has also decided not to consider alternative proposals, forcing the protesters to challenge the government. 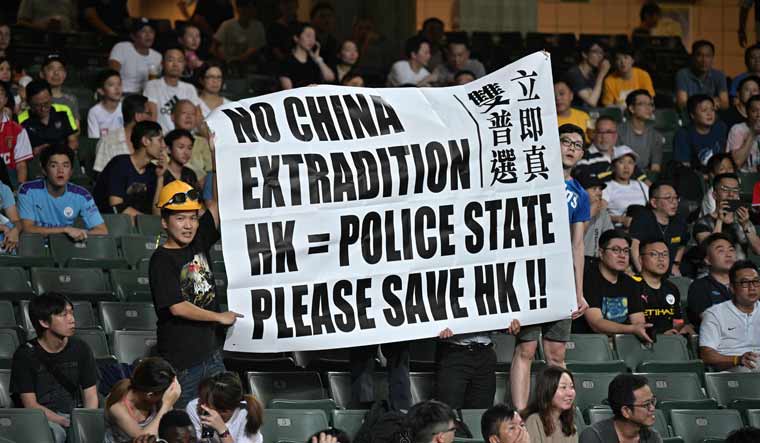 There are experts who argue that the extradition bill undermines the validity and legitimacy of the Hong Kong legal system. A major concern is that if the bill were to be passed, it would enable the Chinese leadership to target its political opponents, entrepreneurs and activists as part of its wider strategy for exercising control over Hong Kong, which is known for its free enterprise and political freedom. Moreover, it is an international business hub and one of the busiest ports in the world. Any mainland control over the business-friendly system of Hong Kong would affect its own identity.

China has been slowly trying to replicate its own legal system into the semi-autonomous regions of Macao and Hong Kong as it fears that such anti-government protests would influence citizens in the mainland, especially at a time when the Chinese economy is facing a major crisis caused by the slowdown and the tariff war with the US. The Chinese government is wary of political movements, which could undermine its stability.

This is not the first time that the people of Hong Kong have taken to the streets for defending civil liberties, which have been a part of their long tradition of public dissent. In 2003, there were protests demanding “indefinite suspension” of plans to implement a national security law, and, in 2012, they wanted the reversal of a proposed comprehensive national curriculum. However, the latest one has been more intense and has lasted longer. China has not taken any proactive action to quell dissent or rein in protesters so far. But if the protest continue unabated, Beijing is certain to crack down as inaction would certainly fan pro-independence sentiments in the city state. And, President Xi Jinping does not tolerate any dissent. He had made it clear two years ago while attending Lam's swearing-in ceremony. “Any attempt to endanger China’s sovereignty and security, challenge the power of the central government … or use Hong Kong to carry out infiltration and sabotage activities against the mainland is an act that crosses the red line and is absolutely impermissible”. 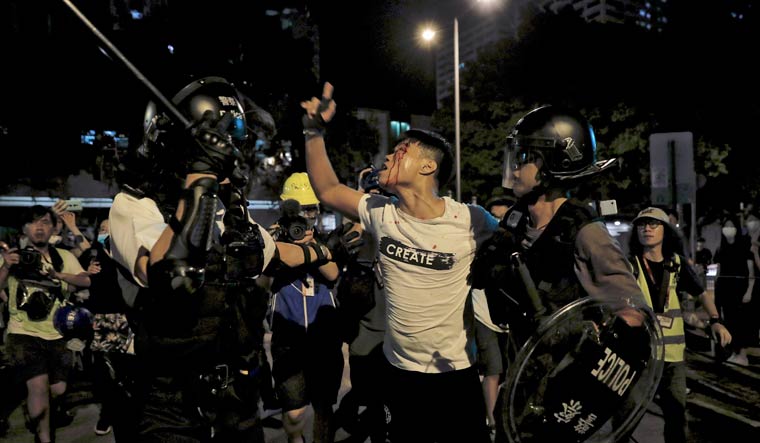 A protester is taken away by policemen in Hong Kong | AP

China gives utmost priority to internal coherence and stability, which is the central pillar of the survival of the communist regime. At the same time, Beijing is hesitant to intervene in the political developments in the autonomous region in order to ensure that it respects norms and conventions as well as agreed legal frameworks. Hong Kong enjoys its autonomous status up to 2047 after which it will become part of mainland China. A Chinese intervention in Hong Kong would invite international criticism against Beijing’s policy on rule of law and political freedoms. For now, it hopes the protests will die a natural death without much delay, and that the city state go back to its money-making ways.