'Howdy, Modi': PM to address Desis in Houston on September 22 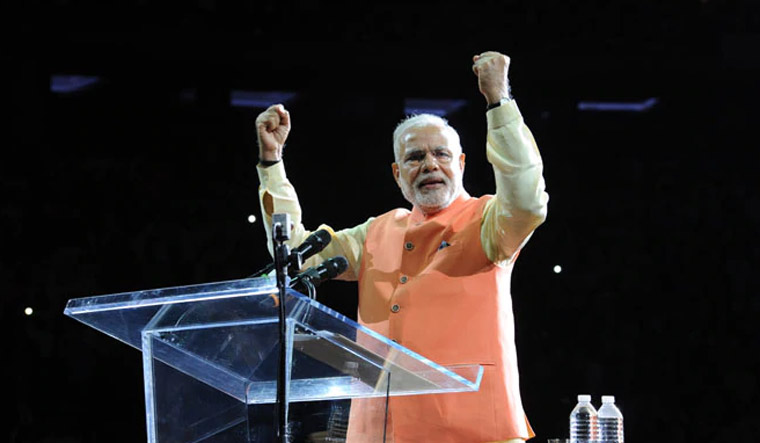 Prime Minister Narendra Modi is set to get another 'rock star' reception from the Indian diaspora when he addresses the 'Howdy, Modi' community summit in Houston, Texas, on September 22. The event will come during Modi's first visit to the US after his re-election as prime minister in May.

Modi had made waves with an enthusiastic reception from the diaspora at New York's iconic Madison Square Garden in September 2014.

The 'Howdy, Modi' event is being organised by the Texas India Forum. The Texas India Forum describes itself as a “not-for-profit organisation that encourages cooperation between the US and India, advancing the shared values of democracy, inclusive economic development, and mutual respect”. The organisers have started a web portal, howdymodi.org, for people to register to attend the event; registrations close on July 24.

Jugal Malani, convenor of the 'Howdy, Modi' organising committee, was quoted by India West as saying, “There is unprecedented synergy between our region and the aspirations of a ‘New India’ that Prime Minister Narendra Modi represents. The American dream shares many similarities with emerging Indian dream.”

The 'Howdy, Modi' event is in keeping with Modi's proactive outreach to the Diaspora on his overseas visits. In addition to the hugely successful event at Madison Square Garden, Modi addressed the Indian-American community in San Jose, California, in 2015. In addition, Modi has met with the Indian community in nearly every foreign visit he has made in his first tenure.