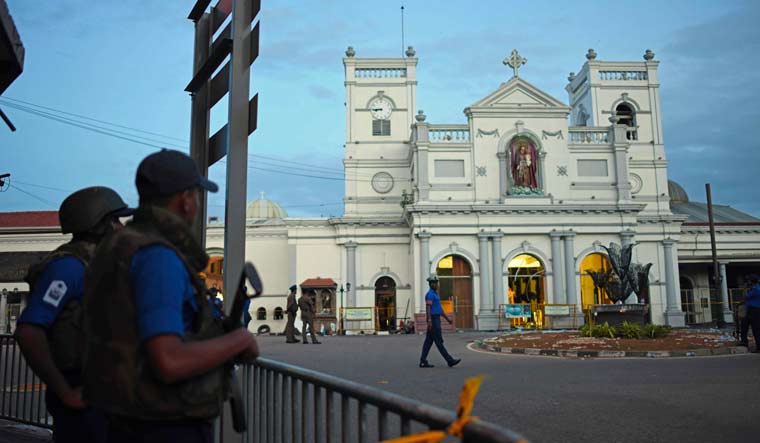 Security personnel stand guard outside St. Anthony's Shrine in Colombo, two days after the church was hit in a series of bomb blasts | AFP

Easter Sunday saw six blasts in churches and hotels kill close to 300 people. As toll rises and investigations are on, a Sri Lankan official said that the bomb attacks were a retaliation for attack on the Christchurch mosques in New Zealand.

Two domestic Islamist groups were believed to be responsible for the attacks."The initial investigation has revealed that this was in retaliation for the New Zealand mosque attack," junior minister for defence Ruwan Wijewardene told parliament."It was done by National Thawheed Jama'ut along with JMI," he said, referring to another local group, Jammiyathul Millathu Ibrahim.

According to terrorism researchers have said the sophisticated nature of the attack and the equipment used would likely have required months of preparation. Early today, Sri Lanka fell silent for three minutes as part of a day of national mourning to honour the victims.

According to the police, 40 people were now under arrest over the suicide bomb attacks. These attacks have been the worst atrocity in Sri Lanka since the civil war that ended a decade ago.