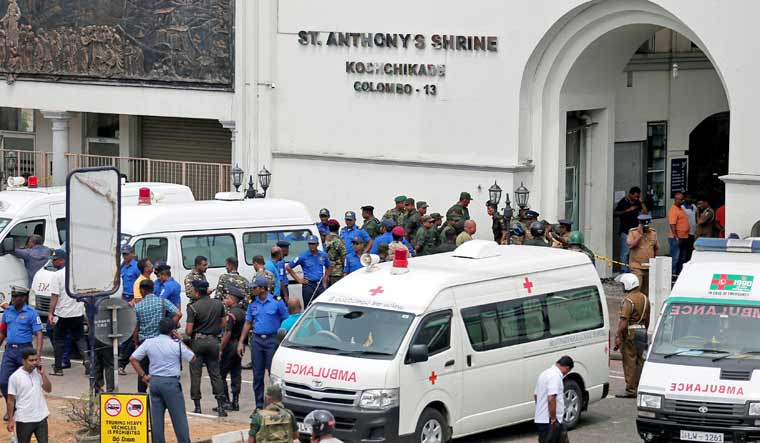 Sri Lankan government on Sunday ordered a curfew after the island nation was rocked with eight blasts targeting churches and hotels that killed nearly 160 people across the country.

The curfew will begin on Sunday night at 6:00 pm (local time) and run until 6:00 am (local time), the defence ministry said.

Meanwhile, security has been intensified around the religious places across the capital.

The government has decided to block all social media platforms in order to prevent incorrect and wrong information being spread. This is only a temporary measure", a release from Udaya R Seneviratne, Secretary to the President said.

Prime Minister Ranil Wickremesinghe did not reveal the initial details of the investigation into the blast and said police will update later.

"The police will update you on this after investigations", he told reporters when asked. "The police and the security forces have been instructed to bring culprits to book.

On the economic impact of the attacks, he said, "There will be a downward trend, tourism will get affected. There may be fund outflows."