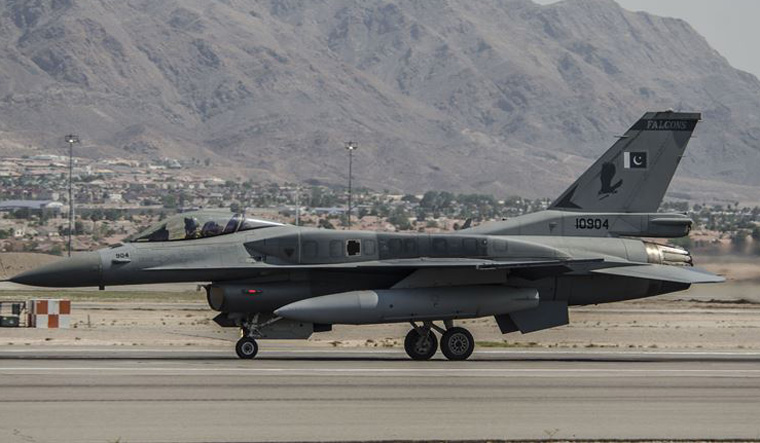 A prominent US news publication on Thursday reported US personnel had recently inspected and counted the Pakistan Air Force's fleet of F-16 fighter jets and found none missing. The report in Foreign Policy is expected to raise questions about the Indian Air Force's claim of shooting down a Pakistani F-16 during an aerial skirmish in late February.

Writing in Foreign Policy, journalist Lara Seligman quoted two senior US defence officials, who had “direct knowledge of the situation” about India's complaints regarding Pakistan's use of its F-16 fighters in an offensive role. The officials were not named by Foreign Policy.

The use of the F-16 had triggered vehement protests by the Indian government amid claims Pakistan had violated end-user agreements that barred the deployment of the fighter in offensive operations. The US has been known to have stringent end-user inspection procedures to monitor weapons sold to other nations, in order to prevent illegal modifications, deployment and espionage.

One of the officials told Foreign Policy that Pakistan had invited US personnel to “to physically count its F-16 planes after the incident”. The official told Foreign Policy “some of the aircraft were not immediately available for inspection due to the conflict” and it took US officials several weeks to account for all the F-16s used by the Pakistan Air Force. The official said, “All aircraft were present and accounted for.”

The second US official also corroborated the findings, saying “US authorities on the ground found that no Pakistani F-16s were missing”. Interestingly, one of the officials also denied assertions that the end-user agreements with Pakistan had imposed restrictions on the use of the F-16. “It would be incredibly naive for us to believe that we could sell some type of equipment to Pakistan that they would not intend to use in a fight,” the official told Foreign Policy.

Reacting to the claims that no Pakistani F-16 was missing, Vipin Narang, an expert at MIT, said the results of the events of February 26-27 “may affect India’s efforts to deter Pakistan in the future”. Narang told Foreign Policy, “As details come out, it looks worse and worse for the Indians.”

Interestingly, earlier this week, Pakistan had, effectively, accepted that it had used F-16 jets in the aerial skirmish after denying Indian allegations for over a month. A Pakistani military spokesperson said it was “immaterial” what aircraft was used and declared, “Pakistan retains the right to use anything and everything in its legitimate self-defence”.

The Indian Air Force had said Wing Commander Abhinandan Varthaman had fired a missile from his MiG-21 to shoot down an F-16, before his own aircraft was downed. Varthaman was briefly taken prisoner by Pakistan after ejecting into PoK, before being released.