Pakistan freed Taliban leader Baradar at behest of US: Khalilzad 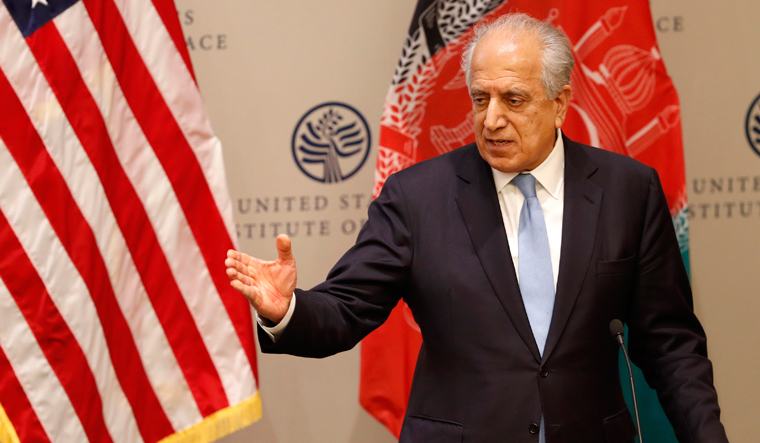 Top Taliban leader Mullah Baradar who now leads the peace efforts with the US, was released by Pakistan at the behest of the Trump Administration, a US envoy said.

The special envoy on Afghanistan, Zalmay Khalilzad, told a Washington audience that Pakistan had a very crucial role to play in the reconciliation process with the Taliban but has "historically not played a positive role".

But there is "a positive change" in Pakistan's attitude in recent times, he said when asked about the role of Islamabad in his ongoing efforts to bring peace in this war-ravaged country.

"The release of Mullah Baradar, which was my request... they (Pakistan) accommodated that, because Mullah Baradar has reputation of being more open, more pro-peace," said the top American envoy who is leading the Trump Administration's efforts to have peace talks with the Taliban.

Former Afghanistan President Hamid Karzai and his successor President Ashraf Ghani have said that Baradar can play a pivotal role in the peace process and that he has tried to facilitate talks between the Taliban and the US, Khalilzad said.

Pakistan, he said, favours inter-Afghan dialogue including between the Taliban and the government.

So, the release of Baradar is a very positive thing, he said.

"What they (Pakistan) do on Afghanistan to facilitate peace and reconciliation, which has been a burden on the relationship, that will be removed," he added.

"Pakistan is an important country with which we want to have better relations," he said.

"The role that Pakistan has played in terms of its relationship with the Taliban and the Haqqani network has been a burden on this (US-Pak) relationship. They say they want peace. We welcome that. We want them to, to play a positive role," said the US diplomat who has had several rounds of talks with the the Taliban in Doha.

"Most of the meetings we have had with the Taliban have not been in Pakistan. It has been in other countries. I think the message that I have here is a peace in Afghanistan will help our relations with Pakistan," he added.

"Peace in Afghanistan will help Afghan-Pakistan relations... regional connectivity. Pakistan will be a beneficiary of that. Let's seize this opportunity, this moment for the region for Afghanistan, especially for the obviously long suffering people of Afghanistan," Khalilzad said.