Just how advanced are the warships China is building for Pakistan? 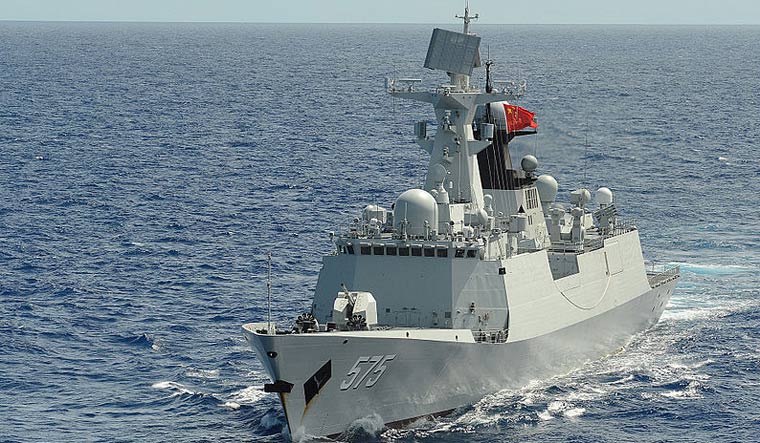 On Tuesday, there were a flurry of reports that China has started construction of the first of four warships for Pakistan, which state-owned media in China described as being the “most advanced”.

China Daily quoted China State Shipbuilding Corporation as saying the four new frigates would be capable of anti-ship, anti-submarine and air-defence roles. The ships being built at the Hudong-Zhonghua shipyard in Shanghai were described by the Pakistan Navy as belonging to the 'Type-054AP' class. The designation suggests the ships are derived from the Type-054 class of frigates, nearly 30 of which have entered service in China's People's Liberation Army Navy (PLAN) in recent years.

Jane's Defence Weekly, an authoritative source of military news, has reported all four Type-054AP ships will be delivered to the Pakistan Navy by 2021. Given the claims made by the Chinese officials, interest has increased in scrutinising the capabilities of the new Pakistan Navy ships.

The Type-054A is roughly the same size as the Indian Navy's existing Talwar class of frigates, purchased from Russia. Both classes, designed the 1990s, have features to reduce their radar and infra-red signatures.

The Type-054A and Talwar class displace approximately 4,000 tonnes and have a length of around 130 metres. The Type-054A uses a surface-to-air missile system called the HQ-16, which experts claim is derived from the Russian Shtil missile, on service on the Talwar class frigates. Interestingly, Russia had sold the Shtil missile to China in the late 1990s. The Shtil has a maximum range of about 50km.

However, the Type-054A has an advantage over the existing Talwar class ships as the former use a vertical launch system (VLS), which is buried in the ship's deck, to store and fire its HQ-16. The Indian Navy's Talwar class frigates use an older 'single-arm' launcher than can fire only one missile at a time, while the VLS allows the launch of multiple missiles simultaneously.

The HQ-16, which relies on 'passive' radar homing to detect targets, is considered inferior to the new Indo-Israeli Barak-8 missile entering service on new Indian Navy frigates and destroyers. Furthermore, India is also buying four upgraded Talwar class frigates from Russia that is expected to have VLS for surface-to-air missiles. The Talwar class ships, which use the supersonic Klub and Brahmos missiles, are regarded to have better anti-ship capabilities than the PLAN Type-054A class, which still use subsonic weapons. It is yet unclear what anti-ship missiles Pakistan will use.

The China Daily report quoted Cao Weidong, an expert, as saying the Pakistan Navy was expected to order Chinese-origin sensors and weapons for its new frigates unlike in the past, when Islamabad would mount Western-origin systems on ships purchased from China.

The Type-054A class ships have been considered by experts to be the 'workhorses' of the rapidly modernising PLAN. Their anti-air and anti-ship capabilities are more limited than the systems present on China's new destroyer classes. The relatively small size of the Type-054AP frigates means there is little scope to mount heavier radars and longer-range anti-aircraft or anti-ship weapons.

In addition, the Pakistan Navy continues its reliance on submarines as the main means to deter India; Islamabad signed a deal to buy eight submarines from China in 2015. These submarines are expected to remain the main threat to Indian ships and could also serve as more survivable platforms to launch land-attack cruise missiles.

In conclusion, while the new Type-054AP frigates will be the most capable ships in the Pakistan Navy, they are not expected to significantly alter the balance of power in the region, given Pakistan's limitations in airborne anti-submarine capabilities. It can be argued that the bigger threat posed by the Type-054AP frigates is the fact that the new ships will draw Pakistan closer to China at a time when there is growing worry about a military dimension to the China-Pakistan Economic Corridor.