US: Elizabeth Warren is running for President in 2020 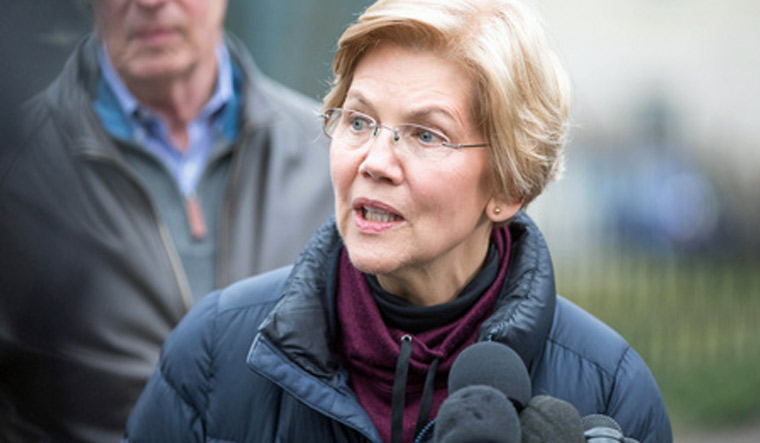 Senator Elizabeth on Monday announced to form a presidential exploratory committee, making her the first high-profile Democratic leader to officially announce her intention to enter the 2020 elections.

Warren, 69, who was re-elected from Massachusetts in the November mid-term elections, is a bitter critic of President Donald Trump. The long-time Harvard professor announced her campaign focused on protecting the middle class. Warren has also been a vocal supporter of the MeToo movement and a critic of big banks and unregulated capitalism

She is the first among more than a dozen Democratic presidential aspirants to challenge Trump in the 2020 elections.

But before that, she has to fight out her party colleagues in the Democratic primary elections scheduled to kick off in early 2020.

Warren has already been referred to as Pocahontas and a 'fraud' by President Trump. The 2020 presidential race is likely to see many potential candidates like former vice president Joe Biden and Senator Bernie Sanders. Other prospective candidates are Indian American Senator from California Kamala Harris and Hindu Congresswoman from Hawaii Tulsi Gabbard from the Democratic party.

Warren made the announcement about her presidential aspirations in a New Year video message to her supporters on Monday. "America's middle class is under attack. How did we get here? Billionaires and big corporations decided they wanted more of the pie. And they enlisted politicians to cut them a bigger slice," she said in her video message setting the tone of her presidential campaign.

Considered as a left leaning candidate, Warren in her message talked about issues like economic equality, government accountability and reining in big corporations.

"I've spent my career getting to the bottom of why America's promise works for some families, but others who work just as hard slip through the cracks into disaster. What I've found is terrifying. These aren't cracks that families are falling into, they're traps," she said.

Among other Democratic leaders likely to be in the 2020 race are Congressman Beto O'Rourke , former New York City Mayor Michael Bloomberg and Senators Cory Booker, Amy Klobuchar, Sherrod Brown and Kirsten Gillibrand. Former US Vice President Joe Biden and 2016 candidate Senator Bernie Sanders are also said to be thinking about entering the 2020 race.

"I never thought I'd run for office, not in a million years. But when Republican senators tried to sabotage [financial sector] reforms and run me out of town, I went back to Massachusetts and ran against one of them, and I beat him," Warren said.

Forming an exploratory committee is the first step towards entering the presidential race. Warren has not yet formally announced her decision to run for presidential elections in 2020.