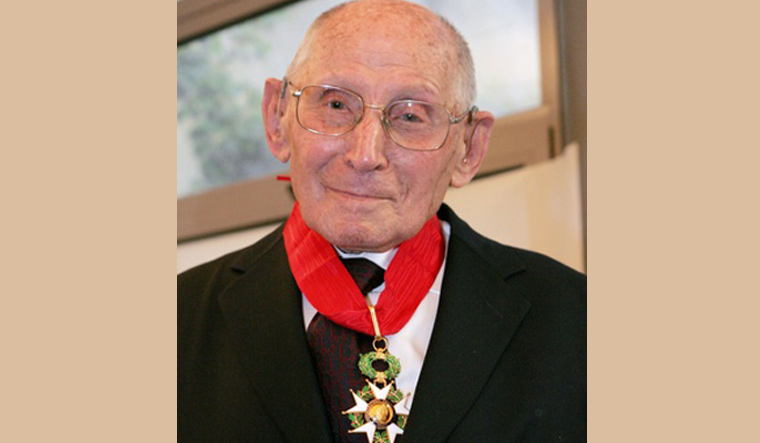 French Resistance hero Georges Loinger, died at the age of 108. Loinger used his ingenuity and athletic prowess to save lives of 350 Jewish children during World War II.

A talented athlete and cousin of the famous mime artist and fellow Resistance member Marcel Marceau, Loinger would smuggle the children in small groups across the Franco-Swiss border by throwing a ball and telling them to run after it.

Loigner also smuggled children across borders by also dressing them up as mourners, and taking them to a cemetery whose wall abutted the French side of the border.

With the help of a gravedigger's ladder the "mourners" would clamber over the wall and head for the border just feet away.

Loinger died on Friday, France's Holocaust Memorial Foundation said on its website, describing him as an "exceptional man".

The children he saved, whose parents had been killed or sent to Nazi concentration camps, were under the responsibility of the Oeuvre de Secours aux Enfants, (OSE) a Jewish children's aid society founded in St Petersburg in 1912.

Loinger, who was awarded the Resistance Medal, the Military Cross and the Legion of Honour, was born in Strasbourg in 1910.

In 1940 while serving with the French army, he was taken prisoner by German forces and sent to a prisoner of war camp in Germany.

Due to his blond hair and blue eyes, his captors did not suspect that he was Jewish and he managed to escape and return to France and join the OSE.

Between April 1943 and June 1944, OSE workers and other rescuers helped hundreds of children escape to Switzerland across the lightly guarded border.

He alone is credited with saving at least 350 children Recalling his wartime efforts in an interview published earlier this year, Loinger said he would train the children to run before telling them they were going to play ball near the border.

"I threw the ball a hundred metres toward the Swiss border and told the children to run and get the ball. They ran after the ball and this is how they crossed the border," he told Tablet magazine.

"After that, the Italians left France and the German came in. It became too dangerous to play ball with the children like this. With the Germans we didn't play these games," he said.

Some 75,000 Jews, including many children, were deported from German-occupied France in World War II, in most cases with the active cooperation of the French authorities. Nearly all died in extermination camps at Auschwitz and elsewhere.