Sharma was dismissed for 101 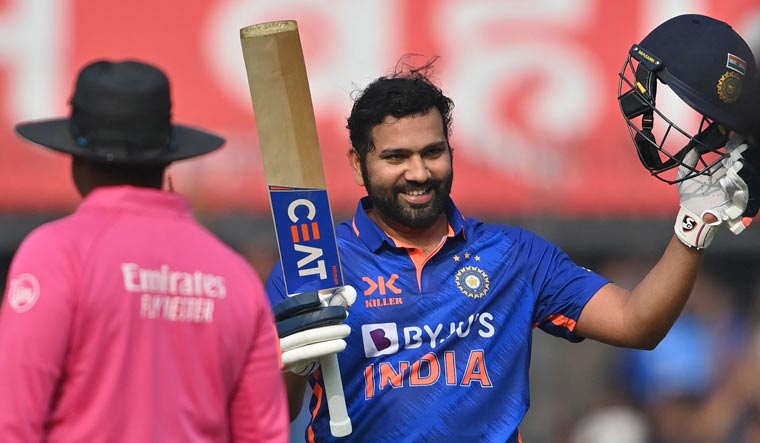 India captain Rohit Sharma celebrates after scoring a century in the third and final ODI match against New Zealand, in Indore | AFP

India captain Rohit Sharma ended a three-year century drought in One-Day Internationals, when he scored a sublime century in the third and final match against New Zealand today, in Indore.

Sharma brought up his century in 83 balls, his first in ODIs since January 2020. But he was bowled in the next over, trying to hit Michael Bracewell out of the park, for 101. He hit nine fours and six sixes in the 85-ball knock.

The scorer of three double centuries in ODIs, Sharma saw his conversation rate from fifty to a century dip drastically.

The skipper has been in good nick recently though, scoring a couple of half-centuries against Sri Lanka and earlier in the series against the Kiwis. In the second ODI against New Zealand on Saturday, Sharma struck a sublime 51 off 50 balls, with seven fours and two sixes, to power India to a series-clinching eight-wicket victory.

Fellow opener Shubman Gill, too, scored a century, carrying on his spectacular form, but was dismissed for 112. The two put on 212 runs for the first wicket.