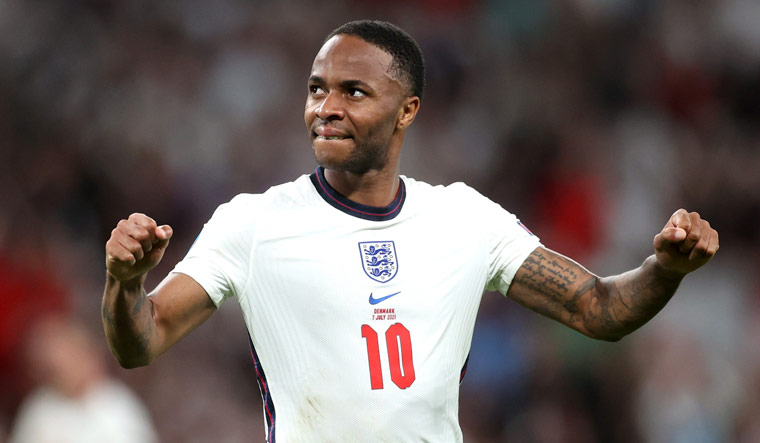 England forward Raheem Sterling has left his team's World Cup camp in Qatar and returned to the UK after a break-in at his home.

The 27-year-old Manchester City player missed England's 3-0 win against Senegal in its 'Round of 16' match on Sunday and it was not known if he would be back for his nation's quarter-final match with France on Saturday.

"We've got to give him time to try to resolve that or be there for his family," coach Gareth Southgate said.

"That's the most important thing at this time, so we are going to give him that space."

England announced an hour and a half before kick-off against Senegal at Al Bayt Stadium that Sterling would be unavailable because of a "family matter."

The English Press Association later reported armed intruders had broken into his home while his wife and three children were inside.

"Our thoughts are with him and his family," captain Harry Kane said. "It is a private matter with him, but it's never easy to see one of your teammates and friends have to deal with something like that."

Kane added, "From us, as a team, we send him our best and hope to see him as soon as possible."