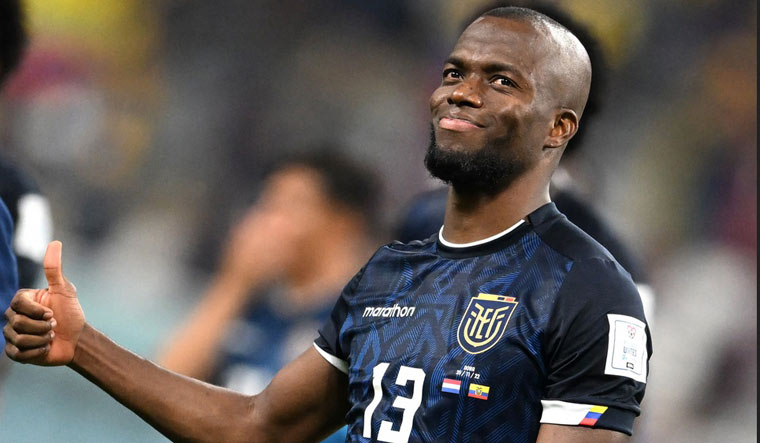 Ecuador captain Enner Valencia led the fightback as the South Americans drew 1-1 with the Netherlands in Group A of the Qatar World Cup on Friday.

The draw would mean both teams have the chance to reach the last 16 even as the host country Qatar will not be able to qualify for the knockout stages.

Cody Gakpo scored for the Netherlands in the sixth minute of the game only for Valencia to cancel it out in the second half. This was Valencia's third goal in this tournament.

With the draw, Qatar became the first team to be eliminated from the tournament, as the Dutch and Ecuador each have four points, and Senegal have three. Qatar team is without a point as they lost to both Ecuador and Senegal.