The reasons are mostly nothing to do with the game 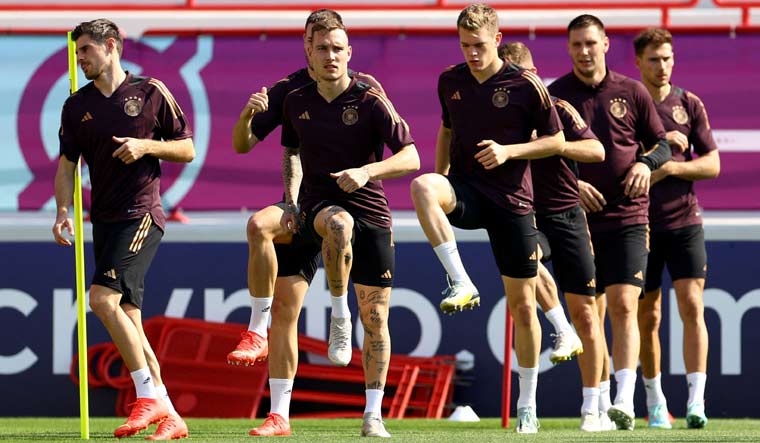 The German team is looking to lay the ghost of 2018 to rest in the opener against Japan. The team had crashed out in the opening round last time, with losses to Mexico and South Korea. Naturally, one would expect the whole country to tune in, fingers crossed, to see its team start well.

That doesn’t seem to be the case, though. German midfielder Joshua Kimmich, ahead of his first World Cup, said there was “no joy” back home for the tournament. An online survey by FOCUS magazine and Civey Opinion Research Institute, as reported by several news outlets, revealed that 65 per cent of Germans supported a public screening boycott of the World Cup.

The reasons are mostly nothing to do with the game.

Politics had dominated the run-up to the World Cup in Germany, with protests against Qatar’s alleged human rights abuse in building the stadiums and its stance on homosexuality.

Now that the action is about to kick off, a DW report says that many pubs in the country will not show World Cup matches, instead showing films, hosting quizzes and even letting patrons play FIFA on PlayStation. Human rights are more important than the game, they say.

Other sponsors like Adidas, Volkswagen and Lufthansa said they would keep their deals with the team but that they supported diversity.

The team, on its part, has decided to take FIFA to court after the latter reportedly threatened on-field bookings over the OneLove armband. The German football association, said its spokesman Stefan Simon, wanted to “clarify whether FIFA's procedure is in fact legitimate”.

Said Kimmich: “We've talked a lot about the fact the World Cup was awarded here. That was 12 years ago, when I was 15, and now I somehow always have to comment on it. I don't know if it's always justified.”

With the focus on politics more than the sport, at least in the initial days of the tournament, this might not be the last time Kimmich and his European colleagues are asked to comment on matters off the pitch.