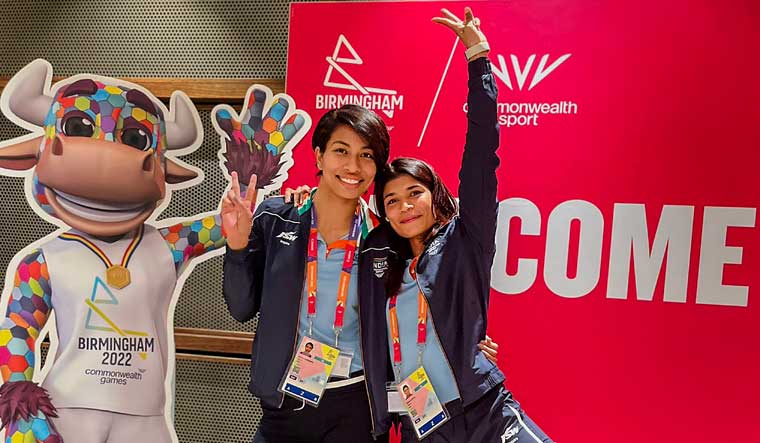 Boxers Lovlina Borgohain and Nikhat Zareen pose with 'Perry the Bull', the mascot of the Commonwealth Games 2022, in Birmingham | PTI

The Commonwealth Games 2022 gets underway on July 28 in Birmingham, UK, but the shadow of the controversial omission of shooting from the tournament will loom large as far as India is concerned.

The CWG have been a happy hunting ground for the largest nation in the Commonwealth. A top-five finisher since the 2002 edition, India has relied a lot on shooting which was dropped from the Birmingham Games programme. In the Gold Coast Games four years ago, shooters won 25 per cent of India's total medals of 66 and the sport had contributed seven gold.

Athletics, in which India has won only 28 medals in the event's 72-year-old history, was expected to be a dark horse this time but Olympic champion Neeraj Chopra's late pullout due to injury has come as a huge setback.

A bagful of medals are expected in weightlifting, badminton, boxing, wrestling and table tennis but will they be enough to offset the loss caused by shooting's absence? The coming days will tell.

Here is the complete schedule of the Indian contingent ahead of the multi-nation event.