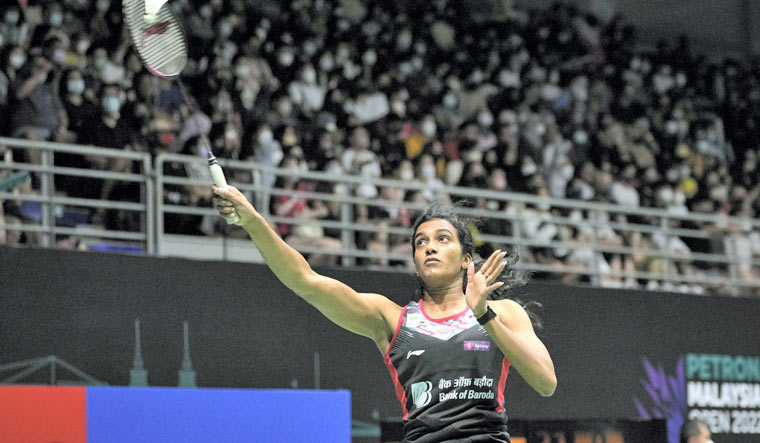 Two-time Olympic medallist PV Sindhu was made to toil hard by China's He Bing Jiao before emerging victorious in the opening round of the Malaysia Masters here on Wednesday.

By virtue of the win, the world number seven Sindhu extracted her revenge for her first round exit from the Indonesia Open Super 1000 last month when Bing Jiao had defeated her in straight games. The Chinese still leads the head to head 10-9.

In the men's singles, B Sai Praneeth and Parupalli Kashyap moved to the second round with contrasting wins.

While Verma broke hardly broke a sweat against Kevin Cordon, registering an easy 21-8 21-9 win over Guatemalan in less than half an hour, Kashyap came back from a one-game deficit to dispatch local favourite Tommy Sugiarto 16-21 21-16 21-16.

Verma will take on Li Shi Feng in the pre-quarterfinals.

However, it was the end of the road for Sameer Verma, who went down fighting to fourth seed Chinese Taipei shuttler Chou Tien Chen 21-10 12-21 14-21.

Later in the day, HS Prannoy, Saina Nehwal and the women's doubles pair of N Sikki Reddy and Ashwini Ponnappa will be in action.