'Can't wait to get back': Car rallyist Gaurav Gill 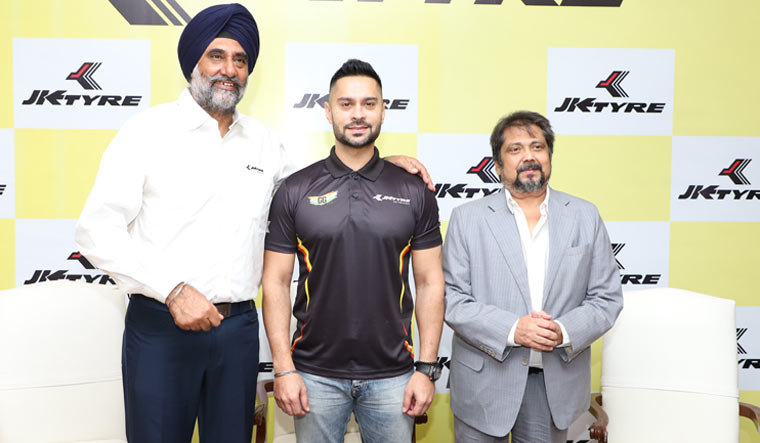 Three-time Asia Pacific Rally champion Gaurav Gill is upbeat about a good showing at the World Rally Championship's Safari Rally in Nairobi, Kenya, later this month. This will be his first competition in two years because of the Covid-19 pandemic. Gill’s last outing was in WRC2 in Rally of Turkey, in 2019 before the pandemic.

Gill will be driving the Skoda Fabia R5, along with Brazilian co-driver Gabriel Morales. The Safari is considered as one of the most challenging rallies of WRC, featuring 19 special stages covering almost 365km of competition crossing, including closed dirt roads, rocky, rutted tracks and unpredictable weather.

Relieved at the prospect of getting back to competitive driving after the enforced break, Gill said, “I am excited to return to WRC after a hiatus of over two years. I have utilised these two years of pandemic to reflect on my previous participations and have worked on improving my fitness and performance. I have been working with a special team from Italy -Motorsport Italy - on the car. I did some testing last year, working on a lot of things with the team, looked at a lot of footage.” Gill made a few trips to Dubai in the last year and a half to work on his car with the team.

Speaking about what he is likely to encounter in the rally, the JK Tyres-sponsored car rallyist said, “It's got varied terrain and temperature zones. Last year, the guy leading the rally got stuck in soft sand. One will encounter a lot of wildlife.

“But I am in sync with things there. There will be some local support, too. It will be a comfort zone for me and I am looking for a strong result there.”

Asked what were his expectations from the rally, Gill said, “I want to make the most of this rally. I have been out of the competitions last two years. I just can't wait to get back.”

While in Europe rallying was continuing in a bubble for most Europe-based drivers, for Asians, it has been a long time away from action because of the strict Covid-19 protocols in most Asian countries. Apart from working on his car, Gill also spent a lot of time upping his fitness standards. “The break was a boon for me in the sense that I got time to be superfit. I had special trainers working with me,” he said.

JK Tyre also announced a scholarship programme of 300,000 Euros to promote upcoming talent who have proved their mettle on the domestic circuit.

"Up to five young talented athletes including a girl athlete from across verticals of motorsport will be identified to avail the scholarship," said the company in a statement.

The first one to be part of it is India's rising racing star, 17-year-old Amir Sayed from Kottyam, who proved his mettle and became the JK Tyre Novice Cup Champion in 2020 by winning all the 12 races of the season in his category.

Amir is in the French F4 Championship this year.

Said Sharma: With an aim to give the young talent the much-needed push, we have announced this scholarship program which will select kids from across categories and provide them a chance to bring in laurels by representing the nation at international platforms."