'Will be unfair not to say thank you to Chennai': Dhoni on playing IPL 2023

Whether 2023 will be my last year or not, we will have to see, said Dhoni 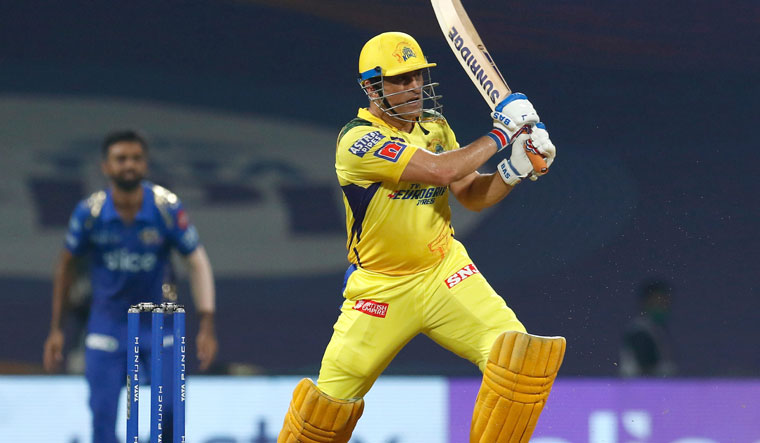 Iconic two-time World Cup winning India captain Mahendra Singh Dhoni on Friday said he will "definitely" play in the IPL next year as not doing so would be "unfair" to the city after which the Chennai Super Kings is named and which treats him like its own.

With this, the 40-year-old Dhoni put to rest speculations around his participation in the lucrative league next season.

"Definitely, I will play next year. It would be unfair not to say thank you to Chennai, to not play in Chennai. It won't be nice to the CSK fans," Dhoni said at the toss for CSK's final match of the ongoing season, against Rajasthan Royals.

"Whether 2023 will be my last year or not, that is something we will have to see."

The former India skipper's fandom knows no bounds and some time back, a social media post of one admirer painting his house in Cuddalore, Tamil Nadu in Chennai Super Kings' yellow colour, along with portraits of Dhoni, had gone viral.

Four-time champions CSK endured one of their worst IPL campaigns, as they went out of reckoning for a play-offs spot quite early in the season.

Most of CSK's senior players like Dhoni (206 runs), Ambati Rayudu (271) and Robin Uthappa (230) haven't had a great IPL and that has been the biggest failure of the 'Yellow Brigade'.

The bowling suffered a lot because of the absence of an injured Deepak Chahar and the inability to retain Josh Hazlewood.

It was wafer-thin in terms of experience and they paid the price. Matheesha Pathirana, with a slinging action that is pretty similar to Lasith Malinga, has caught Dhoni's imagination but he is a work in progress.

Similarly, the likes of Mukesh Chowdhury (16 wickets), Simarjeet (3 wickets) and spinner Mahesh Theekshana (12) are good but not assured match-winners yet.

There were also speculations of rift in the CSK camp after Ravindra Jadeja and the franchise decided to unfollow each other on social media platforms after the former stepped down from captaincy and left the bubble citing an injury.