Europa League final Frankfurt vs Rangers: Live streaming, when and where to watch? 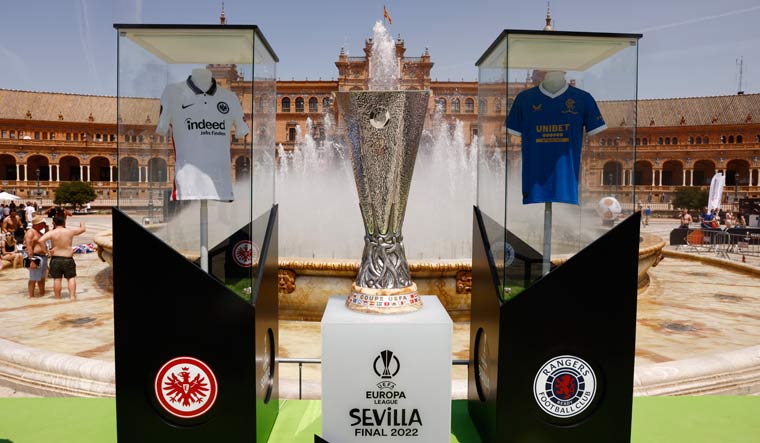 For Eintracht Frankfurt, it will be an opportunity to win its first European trophy in more than 40 years. For Rangers, a chance for its first continental title in 50 years. Both the teams will be desperate to end a painful wait when they clash against each other in the Europa League final on Wednesday (Thursday, as per IST).

The winner will get an automatic spot in the group stage of next season's Champions League.

The last encounter between the two clubs was painful for Rangers. The Scottish club conceded six goals in each of the two legs of the European Cup semifinals in 1960, being deprived of an opportunity to play a home final in Glasgow. Frankfurt went on to lose the final to Real Madrid 7-3.

Both clubs have huge fan bases, and tens of thousands are expected to swarm into southern Spain this week to try to see their team succeed again, prompting concern from local authorities and UEFA.

Where will the UEFA Europa League final be played?

The Frankfurt vs Rangers UEFA Europa League final match will be played at the Ramon Sanchez-Pizjuan Stadium in Seville, Spain.

Date and time of the UEFA Europa League final?

Which TV channels will broadcast the final match?

Where to watch the live streaming of the UEFA Europa League final?

The match will be available on Sony Liv.