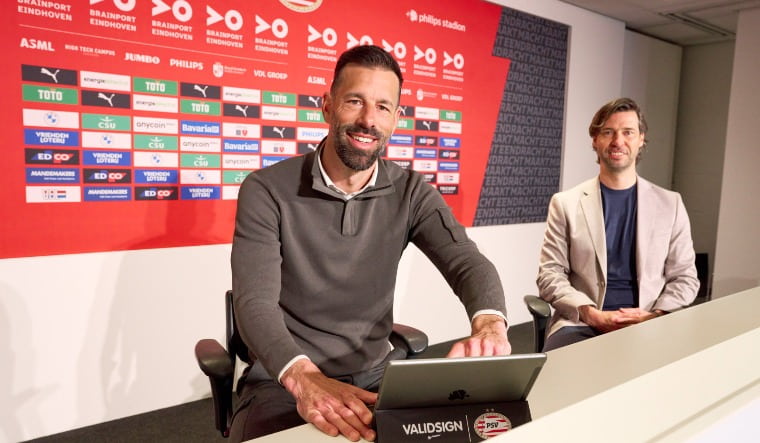 He has signed a three-year contract with the Eredivisie giant, with whom he played for three years (1998-2001) before his iconic stint in England.

The 45-year-old will replace current coach Roger Schmidt, whose contract ends at the end of this season.

“I have been working towards this moment for years,” Nistelrooy said in a statement. “I am proud and convinced that I am ready to take a leading role at my club."

The Dutchman has been on the coaching staff of the national team, for which he had formerly played 70 times, and also with PSV's youth teams.

"Van Nistelrooy has gained valuable experience within the PSV organisation but also with the national team and we are highly confident he is ready for his first senior managerial role. We are sure that he has a great and successful career ahead, with the backing of experienced Fred Rutten and the coaching staff," said PSV Director of Football John de Jong.

Van Nistelrooy scored 62 goals in 67 games for PSV. After United, he played for Real Madrid until 2010 before retiring from playing in 2012.