Novak and Jelena invested in the biotech firm in June 2020 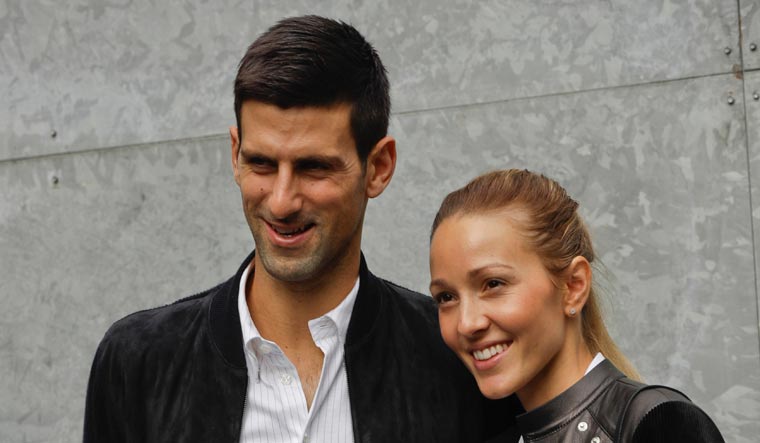 File photo of Novak Djokovic and his wife Jelena | AP

Novak Djokovic might be the world's most loathed anti-vaxxer but, as it turns out, the world number one tennis player is not anti-treatment.

Days after Djokovic was deported from Australia for failing to meet the country's vaccine mandate, the CEO of a Danish biotech firm has revealed that the Serb holds a majority stake in his company, which is working on developing a treatment for Covid-19.

Ivan Loncarevic, CEO of QuantBioRes, told Reuters that Djokovic and his wife have held 80 per cent stake in the country since June 2020.

Loncarevic told the news agency that the company is developing a peptide, which inhibits the coronavirus from infecting the human cell, and expects to launch clinical trials in Britain this summer.

He added that they are working on a cure, not a vaccine.

The Djokovic couple has caused much stir during the pandemic, be it Novak refusing to take the vaccine or Jelena stating that 5G technology led to the creation and spread of the coronavirus.

The 34-year-old tennis star had travelled to Melbourne in a bid to win his favourite Australian Open and go past Roger Federer and Rafael Nadal to hold the most Grand Slams.

But a long legal battle ensued, and Djokovic was eventually deported, now facing a three-year ban from the country.

Djokovic could also miss the French Open as the France government has introduced a similar vaccine mandate for foreigners.