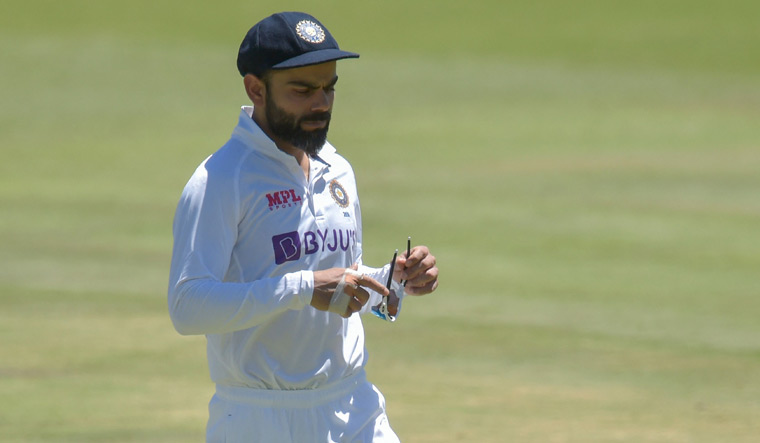 A day after India lost the third Test at Cape Town, and the series, against South Africa, Virat Kohli stepped down as the Test captain. India had won the first Test at Centurion, raising hopes of a maiden series win on the South African soil. But the Indians lost the next two matches, to go down 1-2.

Kohli took to social media to make the announcement.

“Everything has to come to a halt at some stage and for me as Test captain of India, it's now,” the statement read. “I have absolute clarity in my heart and I cannot be dishonest to my team.”

Kohli had stepped down as the T20 captain after the T20 World Cup last year, and was soon after, sacked as the ODI captain. Rohit Sharma replaced him as India's white-ball captain.

Kohli, who took over the reins in 2014 after M.S. Dhoni quit midway through the Australia series, led India in 68 Tests, winning 40 matches and losing 17.

India's seven-wicket loss to South Africa in the series-deciding third Test saw them slip to the fifth position in the World Test Championship standings. India, the runners up of the inaugural edition of the WTC, have 49.07 percentage of points won (PCT), which is taken into account rather than the points earned.

Kohli is the third most successful captain in history of Test cricket (who have led in at least 20 Tests) in terms of Test wins behind Steve Waugh (41 wins in 57 games) and Ricky Ponting (48 in 77 games).

Kohli hasn't had the best of relationship with BCCI of late but took the opportunity to thank the establishment in his statement.

"I want to thank the BCCI for giving me the opportunity to lead my country for such a long period of time and more importantly to all the teammates who bought into the vision, I had for the team from day one and never gave up in any situation."

He didn't forget to thank Ravi Shastri and Dhoni for their contribution.

"You guys have made this journey so memorable and beautiful. To Ravi bhai and the support group who were the engine behind this vehicle that moved us upwards in Test cricket consistently, you all have played a massive role in bringing this vision to life."

"Lastly, a big thank you to MS Dhoni who believed in me as a captain and found me to be an able individual who could take Indian cricket forward," he wrote.