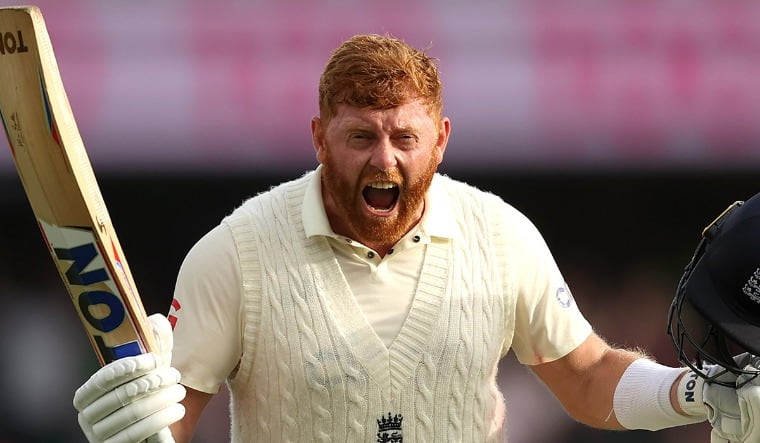 Jonny Bairstow notched up a century as England put on a brave fight against Australia on the third day of the fourth Ashes Test in Sydney.

At stumps, England are on 258/7 after Bairstow and Ben Stokes’s half century helped the visitors defy a whitewash of the series.

After Australia declared with 416 on the board, England were reeling at 36 for the loss of four wickets when Bairstow came in. After lunch, the pair fought hard against the Aussie searing pace attack on a rain-affected day.

Bairstow’s unbeaten ton is the first century for England in the ongoing Ashes Test series—coming in their seventh innings. Despite being hit on the thumb by a Pat Cummins delivery, Bairstow reached his century in just 138 balls. He hit 12 fours and three sixes.

On crossing the mark, he ran into the outfield and let out a roar.

England trail Australia by 158 runs as Ben Stokes chipped in too with a stroke-filled 66 off 91 balls. After his dismissal, Jos Butler was sent back on a duck. But Mark Wood provided backing for Bairstow as the pair saw England past the 200-run mark.

The inclement weather early Friday didn’t dampen the ‘Pink Test’ fundraising efforts of the McGrath Foundation, chaired by former Test paceman Glenn McGrath, which for the past 14 years has been a feature on day three of the Sydney Test.

Earlier in the day, the young in-form Scott Boland dismissed captain Joe Root for a duck—the second of his two scalps in this innings. His skipper Pat Cummins also grabbed two wickets towards the end of the day.