Make your own decision, but there are consequences: Nadal on Djokovic issue

The Serb was denied entry into Australia this morning 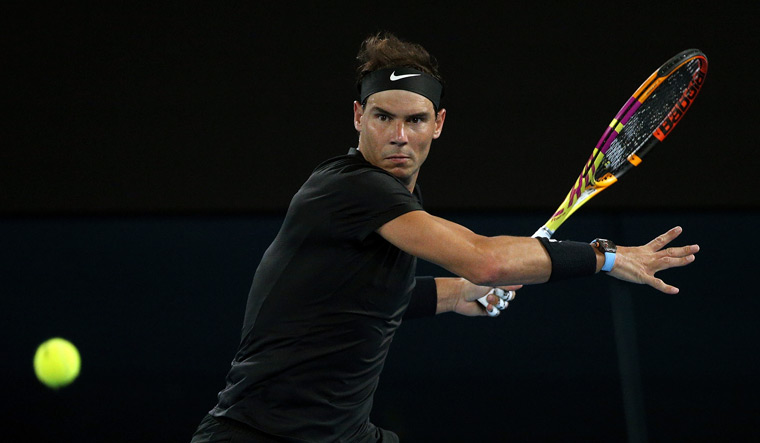 Tennis star Rafael Nadal has said that World No 1 Novak Djokovic was free to decide whether or not to take the COVID-19 vaccine, but that there are some consequences, too.

Djokovic was denied entry into Australia this morning as he arrived to participate in the Australian Open that starts on January 17. His visa was cancelled as he had applied for the wrong visa, and a document he produced to exempt him from taking the COVID-19 vaccine was rejected.

The Serb is at a government detention hotel in Melbourne while his legal team is taking the matter to a federal court.

After Nadal won his warm-up match against Ricardas Berankis at Melbourne Park today, he was asked about Djokovic's situation, to which he said he did not have an opinion, but that he believes in the efficacy of vaccines.

“It seems like a rough situation, but the only thing I can say is that a lot of families have been suffering a lot with the pandemic.

“It's normal that people in Australia get frustrated with this case because they have been through a lot of very hard lockdowns.

“I believe in what the people who know about medicine say, and if they say we need to get vaccinated, we should.”

Nadal went on to add that every person should do what they feel is good, but if they did not follow the rules, they will have trouble.

“He made his own decision, and everybody is free to make their own decision. But then, there are some consequences.”

“Of course, I don't like the situation. In some way, I feel sorry for him. But at the same time, he knew the conditions for many months.”

Nadal is making his return to competitive tennis at the 2022 Australian Open, after a long injury layoff and a bout of COVID.

He holds the record for most singles slam titles, jointly with Djokovic and Roger Federer. While Federer skipped the event as he is recovering from an injury, Nadal has a strong chance to go one up on his two rivals if Djokovic is barred from playing.