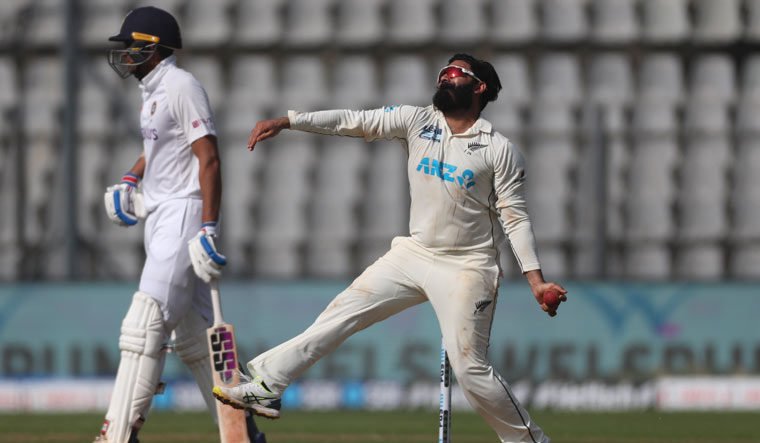 India declared their second innings of the second Test against New Zealand at Mumbai at 276 for 7 near the tea interval on the third day on Sunday. Given their first innings deficit, New Zealand have a target of 540 to win the match.

India added 134 runs after lunch but lost five wickets in the process. Shubman Gill and Virat Kohli added 82 runs for the fourth wicket, but neither could score a half-century. Gill was dismissed by Rachin Ravindra as he was caught by Tom Latham for 47.

Ravindra also bowled Kohli for 36. Shreyas Iyer, Wriddhiman Saha and Jayant Yadav were dismissed in pursuit of quick runs. Axar Patel hit a quick-fire 41 not out off 26 balls, striking four sixes in his brief stay.

Ajaz Patel finished with figures of 4 for 106 in the second innings for New Zealand, giving him a match haul of 14 wickets for 225 runs. Ravindra grabbed three wickets for 56 runs.