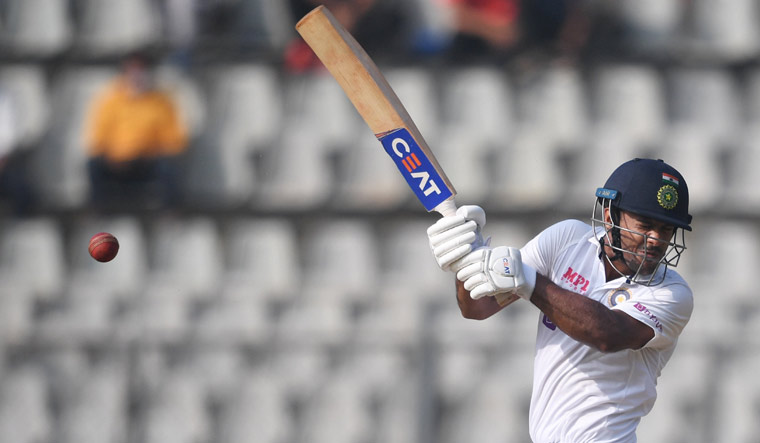 India continued their dominance of New Zealand in the first session of the third day of their Test match in Mumbai on Sunday. This is the second match of the two-Test series; the first match at Kanpur was drawn.

At lunch on day 3, India had reached 142/2. Both overnight batsmen, Mayank Agarwal and Cheteshwar Pujara, were dismissed but not before adding to the overnight score of 69 for no loss.

Agarwal was caught by Will Young off the bowling of Ajaz Patel for 62; it was his second 50+ score in the match after the 150 in the first innings.

Agarwal and Pujara had added 107 runs. Pujara fell soon thereafter for 47, being caught by Ross Taylor off Patel. Ajaz Patel has taken all 12 Indian wickets to have fallen in the match so far.

Shubman Gill (batting on 17) and skipper Virat Kohli (11) were at the crease at lunch.