What happened to Chinese tennis player Peng Shuai who has gone missing?

Tennis stars and bodies are expressing concerns over her safety 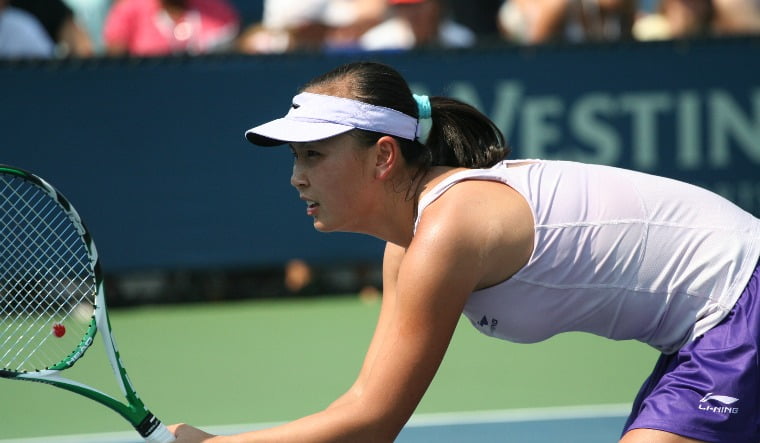 Two-time Grand Slam champion Peng Shuai has not made a public appearance since she accused a senior Chinese government official of sexual assault on November 2.

The doubles star had posted on Chinese social media site Weibo that former vice-premier Zhang Gaoli had coerced her into sex and they then had a brief affair. The post was taken down half an hour later but screenshots of it had already gone viral by then on private chat groups.

Since the post, Peng has been missing and the Women’s Tennis Association has been demanding not only assurances that she is safe, but also a “full, fair and transparent” investigation into the allegations.

International stars and Chinese feminist groups have raised concerns over the 35-year-old’s whereabouts.

Peng Shuai has vanished from the public eye ever since she came forward and made her claims. Chinese feminists and #Metoo activists are deeply concerned about her safety. #WhereIsPengShuai pic.twitter.com/Y1l7jA6Jbb

WTA chief Steve Simon told The New York Times that the Chinese Tennis Federation has assured him of Peng’s safety but he has not been able to establish direct contact with the player, who is believed to be in Beijing.

The ATP has also come in support of WTA’s demands, with chairman Andrea Gaudenzi expressing concern over her safety.

“There is nothing more important to us than the safety of our tennis community,” his statement read. “We have been deeply concerned by the uncertainty surrounding the immediate safety and whereabouts of WTA player Peng Peng.”

On Monday, Novak Djokovic described the situation as “shocking”.

“I don't have much information about it. I did hear about it a week ago. Honestly, it's shocking that she's missing, more so that it's someone that I have seen on the tour in the previous years quite a few times,” said the Serb.

Although Peng’s Weibo account is active, mentions of her name have been disabled on the website. According to NYT, this is the first time that a member of the top echelons of the Chinese Communist Party has been publicly accused of sexual misconduct.

In her post, Peng said that they kept the affair a secret and he stopped contacting her after he rose in the ranks of the Communist party.

She conceded that she had no evidence to back her claims. “Like an egg hitting a rock, or a moth to the flame, courting self-destruction, I’ll tell the truth about you,” she wrote in the now-deleted post.

“I’ve known Peng since she was 14; we should all be concerned,” former world number one Chris Evert wrote on Twitter. “This is serious; where is she? Is she safe? Any information would be appreciated.”

Peng is a former world number one doubles player, who won the 2013 Wimbledon and 2014 French Open titles. In singles, she had reached the semifinals of the 2014 US Open, becoming only the third Chinese player to do so.