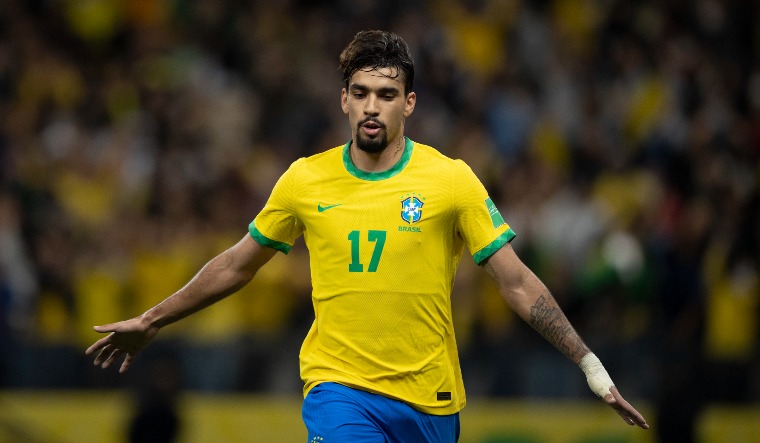 Brazil is celebrating as the first South American team to qualify for the 2022 World Cup—with several matches in hand and more than a year before the tournament begins in Qatar.

Brazil qualifies with 11 wins in 12 matches. The latest came Thursday night in Sao Paulo, with Lucas Paquetá scoring the only goal in the 72nd minute in a 1-0 win over Colombia.

The Seleção are 18 points ahead of fourth-place Chile, who can add only 15 points from their five remaining matches.

“This is the result of great work we started way back,” Paquetá said after the match in Sao Paulo which provided few opportunities for both teams.

“I cried out of happiness (after scoring) because of this moment I am living at the national team and at my club Lyon. This came from a lot of joy, joy for this work well done," Paquetá added.

His goal came after Marquinhos found Neymar in the middle of the Colombia defence.

Neymar quickly passed to Paquetá, who beat goalkeeper David Ospina with a low shot that ended in the right corner of the Colombian goal. It was one of the few opportunities created by Brazil during the match.

Brazil sealed its qualification by giving coach Tite his 50th win along with 12 draws and five defeats. Tite took over Brazil in the middle of qualifying for the 2018 World Cup.

Also on Thursday, third-place Ecuador beat last-place Venezuela 1-0 with a goal by Piero Hincapié and Chile had a key 1-0 victory at Paraguay thanks to an own goal by Antony Silva after a corner kick.

Peru and Bolivia will face off later Thursday. Uruguay will host Argentina on Friday.

Brazil has 11 wins in 12 matches—its match with second-place Argentina in September was bizarrely suspended after seven minutes of play because of concerns from authorities over breaches of COVID-19 protocols. FIFA has not yet decided whether it will be replayed.

Ecuador (20 points) follows its two major rivals in South American qualifiers, with Chile, Colombia and Uruguay tied with 16 points. The Chileans skip ahead for now on goal difference.

The fifth-place team in South American qualifiers goes into an intercontinental playoff for a spot in Qatar.