Thapa had claimed a bronze medal in the 2015 edition 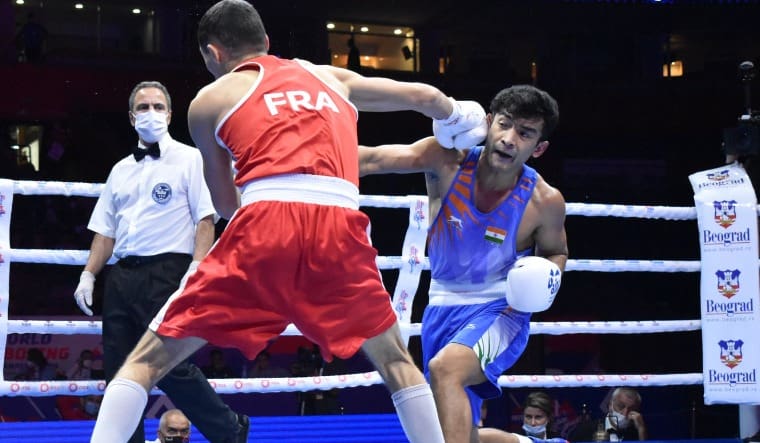 Five-time Asian medallist Shiva Thapa (63.5kg) stands just one win away from becoming the first Indian male boxer to claim two world championship medals after he advanced to the quarterfinals of the ongoing edition here.

The 27-year-old from Assam defeated France's Lounes Hamraoui 4-1 in a late-night pre-quarterfinal bout on Monday to move ahead. Thapa had claimed a bronze medal in the 2015 edition of the tournament in Doha.

He was the only Indian boxer to register a win on Monday after four others, including Asian silver-medallist Deepak Bohria (51kg), bowed out of the competition.

Thapa will square off against Turkey's Kerem Oezmen in the quarterfinals tonight.

Monday night's victory was also revenge for Thapa, who had lost to Hamraoui at the Alexis Vastine Memorial Tournament in Nantes, France last year.

Apart from Thapa, four other Indians will also be fighting their quarterfinal bouts this evening.

Reigning Asian champion Sanjeet (92kg), who was a quarterfinalist in the event's last edition, will face Italian Aziz Abbes Mouhiidine.

The gold winners at the showpiece will walk away with prize money of $100,000.

The silver medallists are to be given $50,000, and both bronze-medallists will be awarded $25,000 each. The total prize purse stands at a whopping $2.6 million.

India is being represented by its reigning national champions across weight categories.