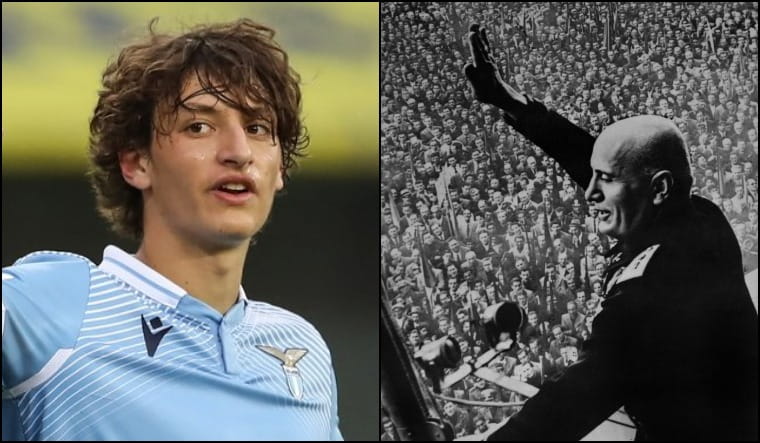 Romano Floriani Mussolini was named in the 23-man squad for Italian Seria A side Lazio for the team's clash with Hellas Verona on Sunday. As expected, his surname attracted more attention than Lazio's 4-1 thumping win.

Yes, 18-year-old Romano is related to the Italian fascist dictator Benito Mussolini. He is his great-grandson—the third child of Alessandra Mussolini, granddaughter of Italy's prime minister from 1922 to 1943.

Alessandra is a former member of the European Parliament for Forza Italia.

Romano, a right back, had signed his first professional contract with the club in March, before which he was part of the Lazio Under-19 team.

He came through the system having played in the U-17 and U-18 squads at Lazio until finally reaching the main team this week, under head coach Maurizio Sarri.

“Here at Lazio, I am judged only for the way I play and not because my surname is Mussolini,” Romano told newspaper Il Messaggero in February.

He was born in March 2003 and completed his education at the St George British International School in Rome this year, which is next to the Lazio training ground.

“The burdensome surname? I’ve never spoken to his parents, and the only thing that matters is whether a player deserves to play. Nothing else,” he said.

Sarri picked Romano in the match-day squad as regulars Acerbi and Luiz Felipe were unavailable. Romano did not play, but it could be only a matter of time before he does. But the club's link with pro-fascists is too glaring to be ignored. 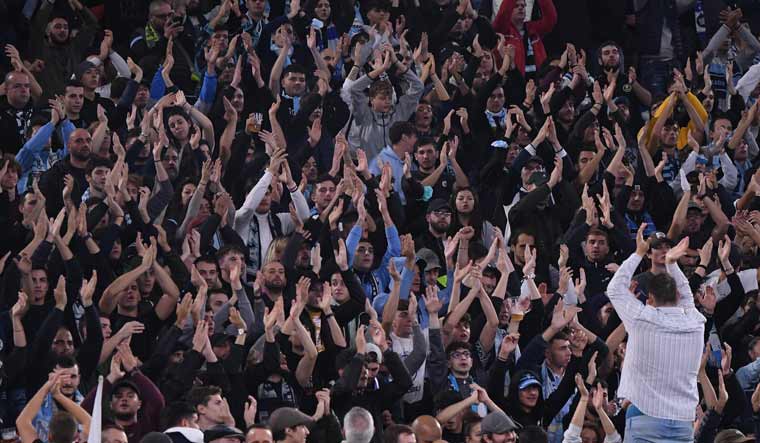 Lazio has a long history of racist, xenophobic and pro-fascists moments and is known to be a hotbed of far-right football supporters. They are the Lazio ultras.

The ultras still unfurl banners during matches, showing their pride in the fascist movement. They cheered Romano's rise to the senior team, purely for his surname.

In 1998, they even displayed a large banner from the stand that read “Auschwitz is your homeland. The ovens are your homes” during a match against city rivals AS Roma.

It is said that Lazio's far-right supporters come from suburban and rural areas of Rome in contrast to AS Roma fans who are from urban areas and largely left-leaning.

In 2017, Lazio ultras littered the AS Roma stands with pictures of Anne Frank—the well-known Holocaust victim—wearing pictures of the Roma jersey.

And it is not just the fans.

Di Canio received a playing ban for his gesture and reportedly said after the game “I am a fascist, not a racist.” He has since said he was misquoted. Di Canio has been an unapologetic supporter of the far-right.

Even this week, there was an incident that put the club in poor light.

The team's falconer Juan Bernabe, who is in charge of flying the club's popular eagle mascot before kickoff, was filmed cheering for Benito Mussolini and displaying the salute.

Bernabe was immediately suspended after it sparked outrage among the Italian Jewish community.

Though the club management has tried its best over the decades to distance itself from the fascist support, it has not had a bearing on its ultras.

It is hard to say if Romano's involvement with the club had anything to do with its far-right support, but his rise to the senior team has pleased its ultras, who are eager to see the surname on a Lazio jersey.