Bayern back to winning ways, Ansu Fati shines for Barcelona 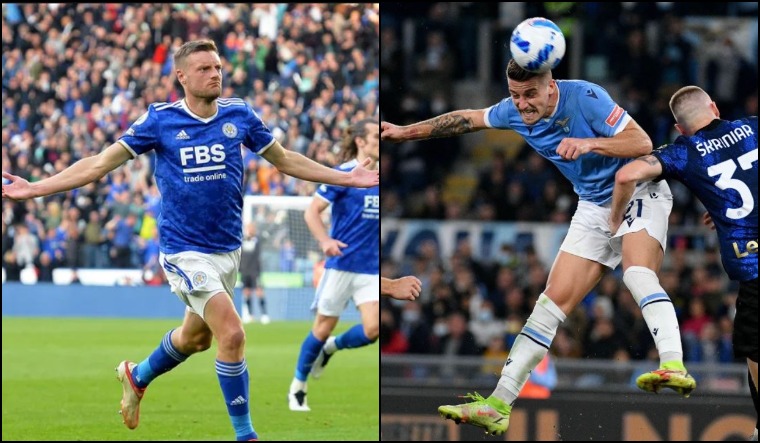 After a week of international action, where top footballers were involved in the Nations League Finals or their respective World Cup qualifiers, European club football returned this weekend.

Leicester City beat Manchester United in a six-goal thriller that involved a flurry of goals in the last 13 minutes of the game. The loss puts additional pressure on coach Ole Gunnar Solskjaer, who is being criticised for his lack of flexibility with a team packed with stars.

At half time, the teams were level at 1-1 after two long-range goals from Mason Greenwood and Youri Tielemans.

Caglar Soyuncu, Marcus Rashford and Jamie Vardy all scored from the 78th minute as Leicester lead 3-2 going into stoppage time, and Patson Daka put the final nail on the United coffin with the last goal of the game.

Elsewhere, Liverpool hammered five goals past Watford without response, Roberto Firmino getting a hat-trick of goals. After two consecutive draws, the win was much needed for the Reds.

Chelsea eked out a scrappy 1-0 win over a Brentford side that is impressing everyone in their first top-flight season in decades.

Goalkeeper Edouard Mendy was the star of the game as he kept out Brentford’s numerous attempts on goal as they dominated the European champions.

The win keeps Chelsea at the top of the table with 19 points. Liverpool (18) and Manchester City (17) are close behind.

Barcelona’s new number 10, Ansu Fati, is showing why he was entrusted with the legendary jersey number as he scored one and assisted another in his first start for the team in nearly a year.

Valencia took an early lead and stunned the Barca crowd, but Fati levelled after 13 minutes with a curled shot from the edge of the box. Memphis Depay and Phillipe Coutinho scored to end the game 3-1 to give the team something to cheer about after a difficult few weeks.

Atletico and Real Madrid did not play this week, which means that Real Sociedad’s win over Mallorca takes them to the top of the league table. Barcelona climb to seventh.

German giants Bayern Munich returned to winning ways, destroying Bayer Leverkusen 5-1, pulling clear of the team who were level on points with them at the summit of the league table. Bayern's nine-game winning streak ended with a loss two weeks ago.

Robert Lewandowski and Serge Gnabry scored two each as Bayern stay one point ahead of Borussia Dortmund.

Erling Haaland’s return from injury was a massive boost for Dortmund as he scored two in the team’s 3-1 win over Mainz.

Reigning Italian champions Inter Milan were handed a 3-1 defeat at the hands of Maurizio Sarri’s Lazio. It was Simone Inzaghi’s first defeat as coach of Inter Milan, and it came against his former team.

Juventus continued their climb up the Serie A table after a 1-0 win over Jose Mourinho’s AS Roma. Moise Kean’s goal ensured a fourth consecutive win for Juventus.

Napoli, who won at Torino, maintained their 100 per cent winning start to the season. With their eight out of eight wins, Napoli is two points clear of AC Milan.

Milan produced a stunning comeback after going 2-0 down to Verona, scoring three second-half goals to give the team their best start to the season since 1994.

Third-placed Inter are five points behind Milan, while Juventus are a further three points away in seventh.