Glenn Maxwell hits back at abusive fans after RCB defeat 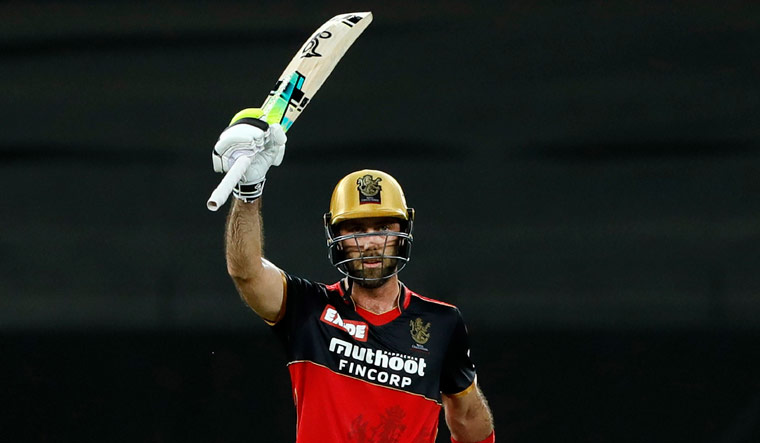 Australian all-rounder Glenn Maxwell has slammed social media trolls and abusive cricket fans with a couple of posts on Twitter after his team Royal Challengers Bangalore lost to Kolkata Knight Riders in the IPL Eliminator.

It was a close finish for KKR, winning the game with two balls to spare, but there was abuse hurled at some RCB players on Twitter and Instagram.

Maxwell, who had an excellent season, did not have his best game. His compatriot all-rounder Dan Christian was also hit for 29 runs in the 10 balls he bowled, the last over of the game included.

The game would be Virat Kohli's last as captain of the team, as he announced a few weeks earlier that he would not continue as the leader after this season. And so, Kohli fans were keen to see him end his reign on a high.

The loss did not go down well with many of them, and they made scapegoats out of Maxwell and Christian, blaming them for ruining Kohli's last game as captain.

Both players expressed their disgust at the fan reaction.

“Some of the garbage that has been flowing on social media is absolutely disgusting! We are human beings who are giving our best each and every day. Try being a decent person maybe instead of spreading abuse,” wrote Maxwell.

The explosive batsman added that he was grateful for “real” fans who share love and appreciation for the players, but rued that there were others who made social a horrible place.

In another post, Maxwell fired a warning to those who abused his teammates.

“If you comment abuse on one of my teammates/friend's social media with negative/abusive rubbish, you will be blocked by everyone,” he wrote. “What is the point of being a terrible person? There is no excuse!”

Maxwell was referring to Dan Christian's Instagram story, where he pointed out that there were fans abusing his partner's Insta post.

“Check out the comments section of my partner's Instagram post,” wrote Christian. “I didn't have a great game tonight, but that's sport. However, please leave her out of it.”

Both players will be joining the Australian national team soon to participate in the T20 World Cup that begins next week.

RCB's loss in the Eliminator playoff brought an end to a good season that the team had. They finished third, level on 18 points with CSK, but the Chennai team had a superior net run rate.

Going into the auction ahead of the next season, Maxwell and Kohli are likely to be the big names that the team will retain.