Valued at over €1.2 billion, City and United's squads are Europe's most expensive

The Manchester sides are followed by Chelsea, Barcelona and Bayern Munich 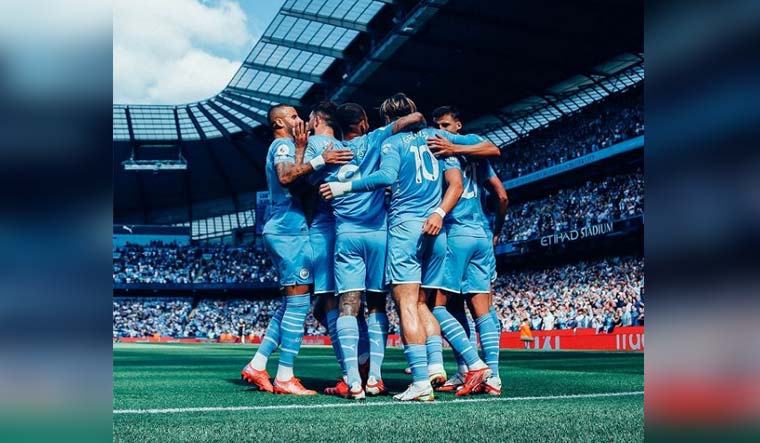 The two football teams from Manchester—City and United—have the highest estimated squad value in Europe, according to the latest study by CIES Football Observatory of the most expensive squads in the continent.

While the City team is valued at €1.28 billion, United's squad is worth €1.21 billion. These are the only two teams that have assembled teams that are now worth over €1 billion.

Another English team, Chelsea, came third with an estimated squad value of €946 million. If it were not for the London team's summer purchase of Romelu Lukaku (approx worth €110 million), the team would have been placed seventh.

The estimated value of all players in the English Premier League comes to €8.9 billion, which is an average of €445 million per team.

The CIES says it uses a range of variables including a player's age, performances, economic value of their club and inflation to work out estimated transfer values.

Last month, CIES published a report on the teams that had spent the most on their current squads, of which City and United had topped that list as well, having committed to spend 1.08 billion and 1.02 billion, including potential add-ons.

Notably, PSG spent €939 million on its squad, but the value of the team has depreciated, making them the only team in the latest top 10 most valuable teams to have dropped in value.

Other teams from the list of clubs to have spent the most that did not make it to the top 10 of the most valuable teams are Juventus and Arsenal.

In June the Football Observatory named Manchester City's Phil Foden as the world's most valuable player, valuing the City player at €190m.

The CIES Football Observatory is a Swiss-based independent research group that specialises in statistical analysis of football. It was started in 2005 by a group of researchers.