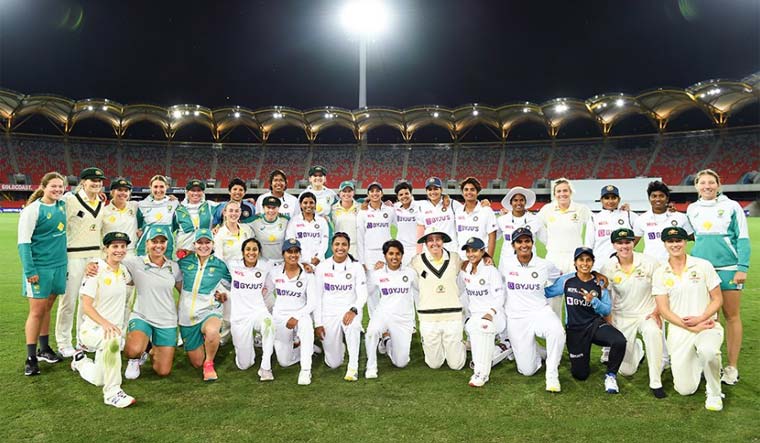 The Indian women's cricket team has done it not once but twice this year—to walk away with bragging rights after a Test match.

In June, they played a Test for the first time in seven years, against England at Bristol. The match was a first for all but four members of the team.

Then, in September, they had to clear another 'test'—play a pink-ball Test for the first time against hosts Australia. It was a small mercy that for the Aussies, too, it was an equally historic moment.

The Mithali Raj-led team drew both Tests and showed that they had it in them to challenge the very best in the long format of the game, despite not having a domestic competition of their own for over five years. The last time a two-day competition was held at home was in 2015-16.

And so, thrown into the deep end, they swam well enough to prove a point, or maybe more, to cricket board officials, both at home and around the world.

“The girls have played well, we drew the game. It was a good result. I would say overall, a satisfactory performance,” said former Indian skipper Anjum Chopra.

Extremely proud of this performance by the girls. Although there was no result yet it was a memorable and historic game of cricket. @BCCIWomen #AUSvIND #alwaysmovingupwards https://t.co/rQttuXma90

However, when asked about key takeaways from this performance, Chopra posed the moot question: “What did we want from this Test match? Was it, let us see how they play (in a Test) or how is a pink-ball Test for women? We must ask, what did we want to achieve? And what next?”

Former India player and women's cricket administrator Shubhangi Kulkarni was all praise for India's performance. "I think the girls did really well. Considering the situation due to COVID since last year - we had international series only this year first South Africa at home followed by tours to England and now Australia. This match showed there is very good talent in the side."

The match was a double-edged sword for the women's team—if they performed well, they would walk away with the accolades; but if they failed, they would only be subjected to brickbats and questioned over their ability and skill and the dreaded judgment that they are “not yet ready for the challenge”.

Indeed, Team India has shown not once, but twice over, that they can match up to the best when it comes to the long format of the game.

It was also obvious that there is an audience for the long format in women's cricket.

“We played two Tests against the two big teams—England and Australia—and surely it showed that only these nations, and perhaps New Zealand, can afford to do so at the cost of a longer ODI or T20I series. Also, it proved that women's Test cricket does get eyeballs,” said Chopra.

She was excited and pleasantly surprised that the match had a huge audience and following. “For me, the biggest takeaway was that people are watching and following women's cricket,” she said.

What was also evident was that the multi-format series for women's bilateral tours has takers, if you include NZ and South Africa. The outcome of the series is decided by points garnered over the three formats, but whether it will be acceptable to boards in series involving teams like Sri Lanka, West Indies and Pakistan remains to be seen.

As far as women's cricket in India is concerned, the BCCI's decision to push for multi-format series that includes a Test match is a positive but dichotomous move.

While the BCCI is encouraging long-format games for its women's national team, the domestic cricket structure in the women's game has no multi-day cricket competition anymore.

The likes of Shafali Verma and Richa Ghosh have grown up playing only white-ball cricket. If this format has to be consistently added to bilaterals, then the BCCI needs to bring back long-format competition in the domestic calendar sooner than later.

However, one thing is for sure—what this Test match and the previous one have shown is that the Indian women's team is up for the challenge. Guided by seniors like Mithali Raj and Jhulan Goswami, the youngsters have literally learnt on the job.

“It is exciting to see that the likes of Yastika Bhatia are vying for top spots in the playing XI. Even though Harmanpreet Kaur was injured, when she returns, who will you drop?” said Chopra.

It shows the depth of talent available, but the players have also realised they cannot be complacent any longer. They have to be at the top of their game.

“Television has played a role, too,” said Chopra. “People can see what you are doing on the field. You have to be on top of your skills to be in the team.”

Said Kulkarni, "To be honest, all over the world nobody plays much of days format in domestic cricket. I feel we should have it. It lays a strong foundation for the girls to build their skills on."

She said that since the focus of the ICC has been on ODI and Twenty20 cricket for women, the BCCI, too, let go of the domestic competitions and started focusing on the same. "We should have multi-days format at domestic level. BCCI had conducted competitions initially but with ICC focusing on white ball format, the BCCI too did so." She is, however, all gung-ho about a multi-format bilateral series. "It is good. We should have a world championship based on this format."