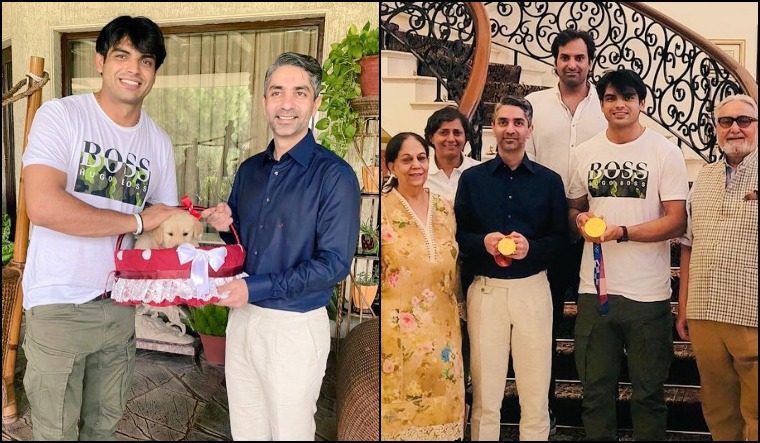 The javelin star from Haryana got a puppy named 'Tokyo' as a gift from Bindra.

In a tweet after the meeting, Chopra said, “Took my Olympic medal to meet its elder sibling from Beijing (Bindra) today."

"Thank you @Abhinav Bindra sir for your family's warm hospitality and for 'Tokyo' (the puppy) who I will cherish forever,” he added.

Bindra said it was a pleasure to meet and interact with India's golden man.

“I hope that 'Tokyo' will be a supportive friend and motivate you to get a sibling named Paris (wishing him luck for the 2024 Paris Olympic Games) for him in 2024,” he tweeted.