Murray said he would not give the teenager unsolicited advice 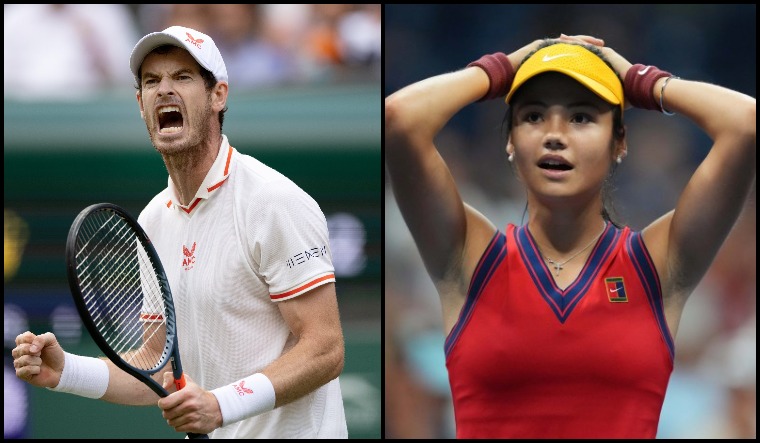 British tennis star Andy Murray has called on his government to build on the success of teenage US Open champion Emma Raducanu. He said there was a need for more investment in the sport at the grassroots level and that the state of British tennis was not good enough.

Raducanu had become the first British woman in 44 years to win a major singles title and was also the first qualifier in the women’s game to do so. She went the whole tournament without dropping a set, beating another teenager Leylah Fernandez 6-4 6-3 in the final.

Murray himself had ended a 76-year drought in British tennis when he won the US Open in 2012. This is not the first time he has criticised the British tennis system for not focusing on grassroots development of tennis players.

“On the men’s side, it was 77 years’ wait for someone to win a grand slam and women’s, it’s been 44 years, and for a country that hosts the biggest tennis tournament in the world and is certainly not lacking in money, that’s not really good enough,” Murray told the media ahead of his clash with Ugo Humbert at the Moselle Open in Metz.

“One of the images that tennis has had over the years has just been that it’s not accessible enough, I think. If your image is that—that it’s a rich person’s sport and it’s too expensive to play—I’m sure that that potentially puts people off, maybe parents as well getting their kids into it,” said the 34-year-old, who is a two-time Wimbledon champion.

When asked whether he had any advice for the youngster, Murray said he would not enforce any of his opinions on her.

“I never really liked it when ex-British tennis players were always wading in after every win and loss about what you should be doing, what you shouldn’t be doing, and a lot of them also giving advice when you haven’t asked for it. I found it incredibly irritating. I don’t want to be that person,” said the .

“If she ever wants to talk, or her family, obviously I would always be there on the end of the phone.”