Why is Kohli stepping down as RCB captain? What does it mean for the team? 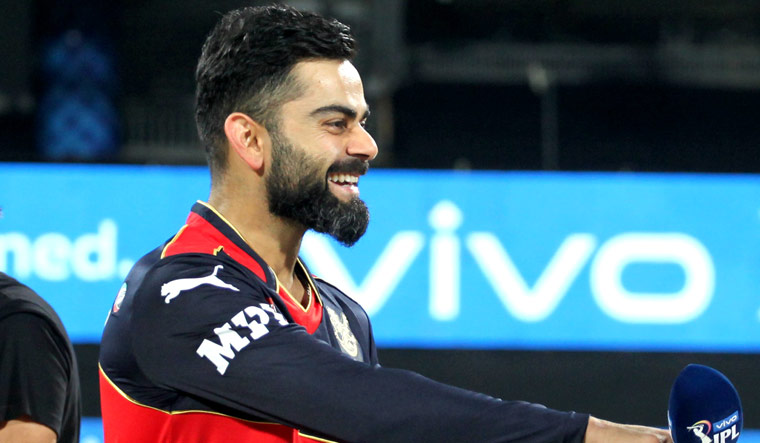 Virat Kohli announced Sunday night that he will step down as captain of Indian Premier League team Royal Challengers Bangalore after the ongoing season. The announcement came as a shocker on the day the 2021 IPL season resumed in the UAE. The team had released a video with Kohli’s statement, in which he said the decision was on his mind for a while.

Only a few days earlier, Kohli had confirmed that he would not continue as captain of the Indian national T20 side after much speculation that he would. The skipper said he wants to manage his workload better and wants to focus on leading the team in the longer formats of the game.

RCB fans have long been divided on Kohli’s captaincy in the tournament with no trophies to show in his nine-year stint at the helm. Normally, a dry run like this would warrant a change in leadership, but in Kohli’s case, his numbers as a batsman have been phenomenal. The 32-year-old is the highest run-getter in the history of the IPL and also has the most centuries as captain.

Despite his individual brilliance, his 48 per cent win record and the inability to get the best out of a side that has always boasted of explosive batsmen have marred his legacy. Under him, RCB reached the playoffs in only three seasons, including one runner-up finish in 2016.

Kohli has often expressed his desire to excel as a Test batsman. With the weight of captaincy removed, he feels that he can free his mind of the rigours and demands that come with leading a team, and rediscover his batting touch. That he has not scored a century for the national team in two years now is another unwanted streak that he is keen to break.

This year has not been too kind on him, in terms of personal form. His Test batting average this year lies at a dismal 29.8 per innings in nine Tests. With RCB, in the first part of the 2021 season, he had only one 50+ score to his name. The negativity that has surrounded him is no doubt playing on his mind.

What now for RCB?

As Kohli mentioned in his statement, RCB will be going through a transitional phase with an auction coming next year. The franchise is expected to revamp the squad, but there is no doubt that Kohli will continue to be an integral part of the team. He has represented RCB since its formation in 2008, and has vowed to remain at the club until the end of his career.

Kohli’s commitment to the team is good news for fans as one can expect him to push new limits as a batsman. His decision is being seen as unselfish, and though he will not hold the title of captain, his experience will come in handy for whoever leads the team after him.

As for who would succeed him, there does not seem to be any immediate replacements available in the current squad. Glenn Maxwell and AB de Villiers are the only other seniors in the squad with captaincy experience, while there have been calls to groom a youngster like Devdutt Padikkal to lead the team. In all likelihood, RCB will look to rope in a leader with more international experience during the next auction.

RCB will take to the field today against Kolkata Knight Riders in what will be Kohli’s 200th IPL match. The team sits third on the table with seven games to go. Should the side go the distance and win its first-ever IPL trophy, the team management might even approach Kohli to reverse his decision.