New role for Dhoni? MSD to be part of defence panel to review NCC

Anand Mahindra, too, will be part of ministry of defence panel 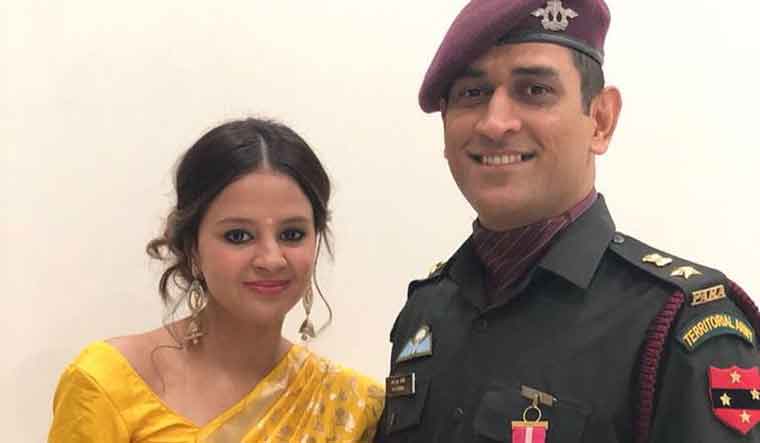 A file picture of MS Dhoni and his wife Sakshi

Days after Mahendra Singh Dhoni was appointed Team India's mentor for the upcoming T20 World Cup, the former skipper is learnt to have been given another new role, albeit off the cricket field.

The Union defence ministry said on Thursday that it has constituted a high-level expert committee, under the chairmanship of former MP Baijayant Panda, for a comprehensive review of the National Cadet Corps (NCC).

Dhoni and Mahindra group chairman Anand Mahindra will be among the members of the committee.

Dhoni is paratrooper of the Territory Army unit of the Indian Army's Parachute Regiment, and is an honorary Lt. Colonel. He had also undergone training under the Para Brigade in 2015.

Indian military gives honorary ranks to people to recognise their contribution to their fields. Sachin Tendulkar is an honorary group captain of the Indian Air Force and Kapil Dev, ace-shooter Abhinav Bindra and politicians such as Sachin Pilot and Rao Birender Singh have been given honorary rank in the Army.

During his sabbatical from cricket post the 2019 ICC World Cup semifinal loss to New Zealand, Dhoni had spent a number of weeks training with his unit in the Territorial Army.

Dhoni is currently with his IPL team Chennai Super Kings, gearing up for the resumption of the league from September 19 in the UAE.