Kumar was competing under the 'Classification not Completed' or CNC category 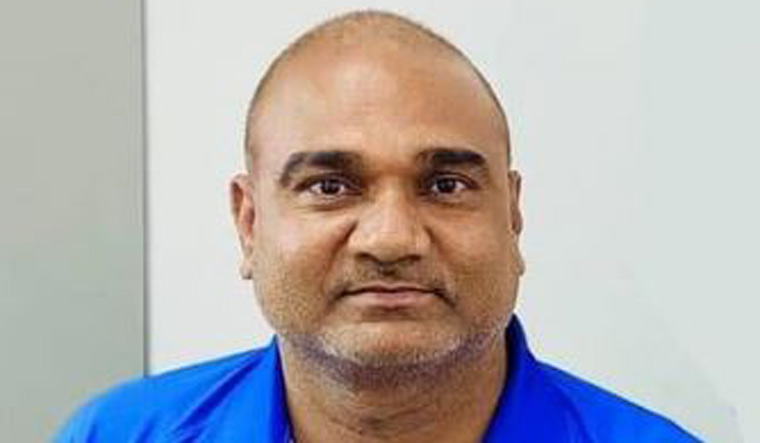 Setbacks seem to have become a way of life for 41-year-old Vinod Kumar. Hailing from a family of Army men, Kumar, now a para athlete, decided to join BSF after finishing his studies. However, during his training period, he fell off a cliff in Leh, which left his legs severely injured. He was bedridden for almost a decade, during which he also lost both his parents. In 2012, his condition improved and he opened a grocery store and married in 2014. He has two daughters.

Kumar followed the Rio Paralympics in 2016 with much interest and started going to the SAI centre nearby and began training with local coaches. In 2017 and 2018, he participated in the National Para Athletics Championships where he won bronze in F53 category. In 2019, while participating in his first international competition in Paris, he was classified in F52 category for the first time.

The 41-year-old para discus thrower tasted the high of winning his first Paralympics medal at the ongoing Tokyo Games but it was short-lived as the medal was taken away from him soon after for wrong classification.

On August 29, Kumar, who hails from Rohtak, Haryana, threw the discus 19.91m, which brought him not just the bronze medal but also an Asian record. Some competitors, however, objected to his competition in F52 category and challenged it. The next day, he was declared ineligible for the said category, post an assessment by the competition panel.

At the Paralympic Games, classifications are a way of broadly grouping athletes with same disabilities who can compete together. A procedure called “athlete evaluation" is undertaken to classify athletes.

What is F52 category?

In a statement, while declaring Kumar 'ineligible' for the category, the panel said, "The panel was unable to allocate the athlete Vinod Kumar from NPC India with a sport class and the athlete was designated as Classification not Completed (CNC). The athlete is therefore ineligible for the Men's F52 Discus medal event and his results in that competition are void."

According to Deepa Malik, former Paralympic Games medallist and incumbent president of the Paralympic Committee of India, there was nothing that was wrongly done in Kumar's case. Speaking to THE WEEK from Tokyo, Malik said, "It is a regular process; athletes with disability have to undergo the process of renewing regular classification. The International Paralympics Committee can do classification related to competitions."

Speaking about the fine differences in categories based on disabilities, Malik said that in the critieria related to amputation, the classification is clear. In cases of spinal cord injuries, polio or paralysis, “as they train, muscles improve over a period of time. Therefore, every two or three years, individuals have to go through a review," she said.

"Vinod was playing under the 'Classification not Completed' or CNC category. In this, the review continues even as the competition takes place after intial review pre competition. They observe muscle activity, bio-mechanics, go over videos of his competition etc. It was found Vinod's body was responding to exercise; his body movement was better," she said.

Malik denied any injustice was done to Kumar. "He was disappointed. That is why we stress on mental side of athlete's preparation. We were checking on him right through the night. I think there was a misunderstanding on his part - when he celebrated winning the medal. He was not aware that playing in CNC category is not confirmed participation."

Malik said the discus thrower has accepted the result. "This is why I want to ensure that there is some reward for participation, too, for para athletes. He participated; he was not disqualified. He has given one and a half year of his life, body and soul to prepare for these games. There should be acknowledgment of it."