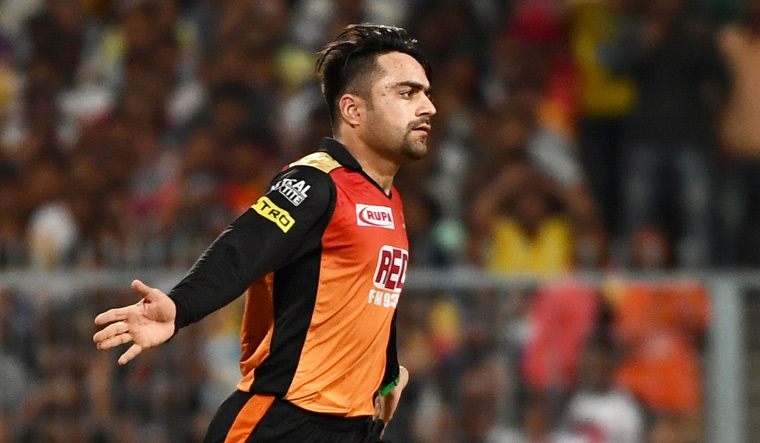 The unprecedented crisis in Taliban has given rise to uncertainty around the future of their top cricketers, especially Rashid Khan and Mohammed Nabi. As unpredictability looms large about their availability in the remainder of the IPL in the UAE from September 19, Sunrisers Hyderabad (SRH), for whom both the players play for, has reportedly confirmed that both Khan and Nabi would be playing in the premier league matches next month.

Confirming the same, SRH CEO K. Shanmugam told ANI: "We haven't spoken on what is happening at present, but they are available for the tournament." Rashid and Nabi are not in Afghanistan. They are in the United Kingdom, competing in the 'Hundred' tournament. Rashid is playing for Trent Rockets and Nabi is representing London Spirits.

Shanmugam added that the team would be leaving for the tournament in the UAE on August 31.

However, it remains to be seen if Rashid and Nabi stay back in the UK after completion of 'The Hundred' on August 21 as they have families back home.

Meanwhile, support and admiration are pouring in for Rashid who pulled out match-winning performances at the Hundred despite the turbulence back home. The Afghanistan star is currently the joint-highest wicket-taker at the Hundred. Veteran cricketer Kevin Pietersen told Sky Sports in an interview: "I had a long chat with Rashid Khan, he is worried, can't get his family out of Afghanistan. Then to turn up in Hundred with lots of pressure and doing well in the league. I think that is one of the most heart-warming stories".

Both Nabi and Rashid have urged the world leaders to intervene as Afghanistan faces its worst socio-political crisis in the last two decades.

As per ICC's FTP schedule, Afghanistan are scheduled to tour Sri Lanka for six white-ball games this month but the final schedule is still not out yet. Rashid is Afghanistan's T20 captain.

Rashid, Nabi and Mujeeb Zadran are some of the Afghanistan players who are regular features in IPL teams. Rashid is one of the most sought after T20 freelancers in world cricket currently.