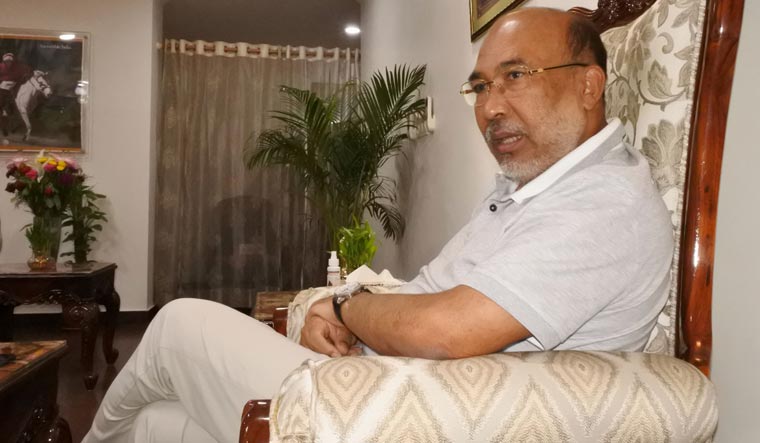 It was a celebratory moment for Manipur Chief Minister N. Biren Singh when he congratulated Olympic bronze medal winner Shanglakpam Nilakanta Sharma over a video call on Thursday. Singh was talking to THE WEEK when Sharma called him to share the good news with the chief minister. The midfielder in the Indian men’s hockey team won the bronze medal at the Tokyo Olympic Games, joining the ranks of Saikhom Mirabai Chanu whose monstrous lift gave India a silver medal in the weightlifting category.

Speaking exclusively to THE WEEK, N. Biren Singh said Manipur has created history at the Tokyo Olympics where five athletes from the state are representing India this time.

Celebrations are going on in Manipur even as Biren Singh was in New Delhi to meet Prime Minister Narendra Modi and Home Minister Amit Shah ahead of the state Assembly elections due next year. The Olympic wins have given a fillip to the Biren Singh government.

Laughing and smiling while talking to Sharma on a video call, Biren Singh said that the Olympic winners from Manipur have done the country proud. 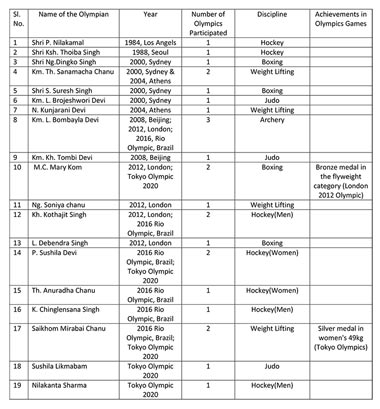 “It’s a huge success for the state government. Manipur people are sports lovers and they are deeply appreciative of Prime Minister Narendra Modi’s efforts,” he said.

“People are happy and appreciating the efforts of the Central government especially prime minister and former sports minister Kiren Rijiju who worked very hard in supporting the athletes. We already have winners and we are expecting more medals,” Singh said.

The special focus of the Modi government on development of the northeast is being seen as a big victory for the BJP in the state.

Biren Singh recounted how Mirabai had got a back injury before the Olympics and it was Modi who took personal care of the matter and sent her to the US along with her coaches to examine and treat the injury. “When Mirabai got a back injury last year, the prime minister took personal care of her health; she received medical treatment in the US where she travelled with her coaches,” said the chief minister.

Mirabai went on to receive expert training with the help of the Central government and she has done the country proud, he said.

Apart from cash rewards, the state government has decided to offer the post of additional superintendent of police to Mirabai and the post of sub-inspector to Olympic athlete Sushila Devi, who is the only Indian Judo athlete at this year’s Olympics.

Meanwhile, Biren Singh had a long conversation with Sharma, thanking and congratulating him for bringing laurels, mentioning how each participant, led by Mirabai, has done the state and country proud and telling an excited Sharma, on the other end of the phone, that a government job awaits him.

“We have decided to offer Sharma a post not below the rank of inspector. They will be inducted in the sports category. It’s good to encourage sportspersons and we are committed to it,” said Singh. Till now, 19 athletes from Manipur have participated in Olympics even as the state is busy making history this time in Tokyo.