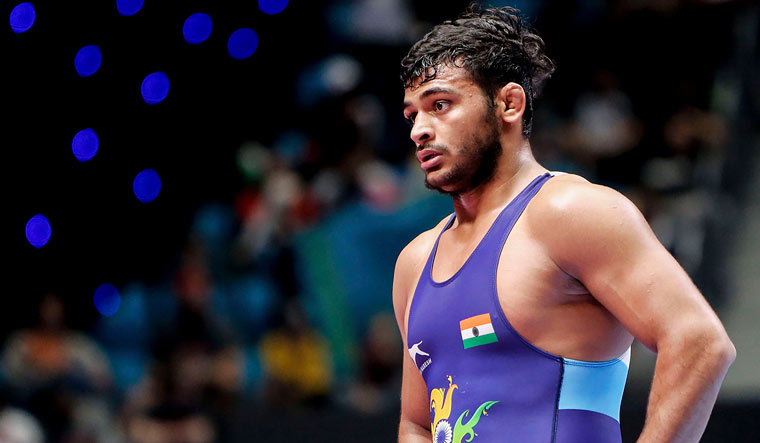 Wrestlers Ravi Dahiya and Deepak Punia advanced to the semifinals of the men's freestyle wrestling (57kg and 86kg), beating Georgi Vangelov of Bulgaria and China's Lin Zushen respectively. Dahiya had, on Tuesday, opened his 57kg campaign in the Tokyo Olympics against Colombia's Tigreros Urbano, beating him 13-2 on technical superiority. Punia had overcome Nigeria's Ekerekeme Agiomor, the African championship bronze medallist.

On the other side, 19-year-old Anshu Malik had a difficult opener in women's wrestling, against European champion Irina Kurachikina; she lost the bout 2-10, as her opponent dominated from the beginning.

In the afternoon, a rampaging Indian women's hockey team will aim for more glory when it takes on mighty but beatable Argentina in the semifinals of the Olympic Games. A bunch of 18 fearless and determined Indian women did the unthinkable when they stunned three-time champions Australia 1-0 on Monday to enter the Olympic semifinals for the first time. Drag-flicker Gurjit Kaur rose to the occasion when it mattered and converted India's lone penalty corner in the 22nd minute to surprise the world number two side.