Olympics: Paddler Sathiyan Gnanasekaran loses in Round 2 after a thrilling match 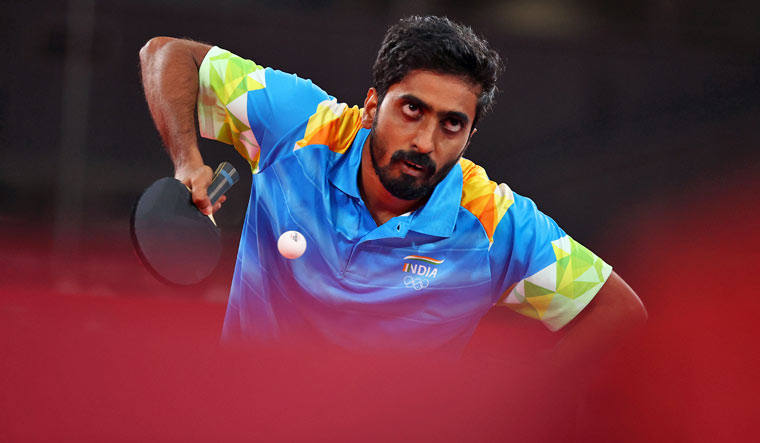 Indian table tennis player G Sathiyan suffered an upset defeat at the hands of lower-ranked Siu Hang Lam to make an early exit from the men's singles competition at the Tokyo Games, here on Sunday.

Ranked 38 and seeded 26th, Sathiyan had a commanding 3-1 lead but lost four games in a row to lose 3-4 to the 95th ranked Hong Kong player.

The first game was tight but the Hong Kong player pulled away from 6-6 with his forehand at work.

Sathiyan switched gears after the opening game with ease. He not only put up a stout defence but levelled the match when Lam hit a return out on a ferocious forehand.

Sathiyan raced to a 5-1 lead in the third game in a dominating fashion and kept going strong as Lam's game fell apart and in no time and Sathiyan had a 2-1 lead in his pocket.