Denmark goalkeeper was targeted with laser before England penalty shot 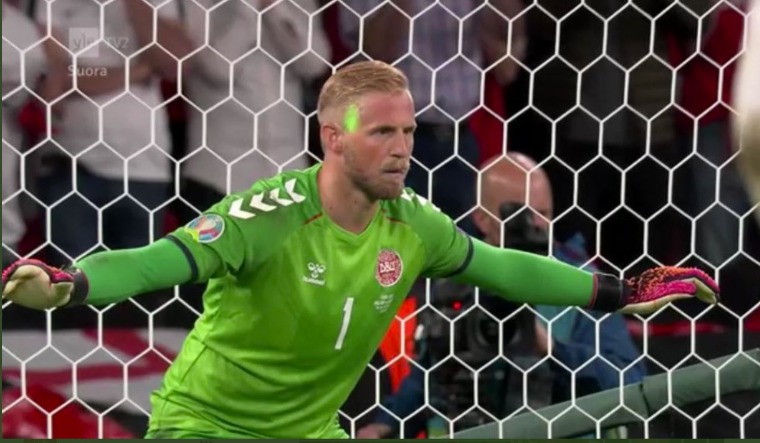 Denmark goalkeeper Kasper Schmeichel was targeted by a laser pen as Harry Kane took England's penalty in the Euro 2020 semi-final.  Schmeichel having a green laser aimed at his face led to an outrage with some demanding that the guilty be identified and banned from attending football matches for life.

The England- Denmark match, which took place at the Wembley stadium, ended with England winning—2-1.

England being awarded a penalty during the extra time was the only controversy of the tough match. The penalty was the result of a foul on midfielder Raheem Sterling.

Kasper’s father, former Denmark goalkeeper Peter Schmeichel, Kasper's father, said he considered the awarding of penalty as a big mistake. "Made a really big mistake on the penalty," he said on BeIN Sports. "This will be debated for a long, long time. In a way, it’s a hard one to take because it’s not a penalty."

Kasper managed to save Kane’s attempt at a goal, but, Kane, managed to put the ball inside the net on the rebound. Sunday’s final against Italy would be England’s first major international final in 55 years.