Surya Kumar focused on cementing his place ahead of T20 WC 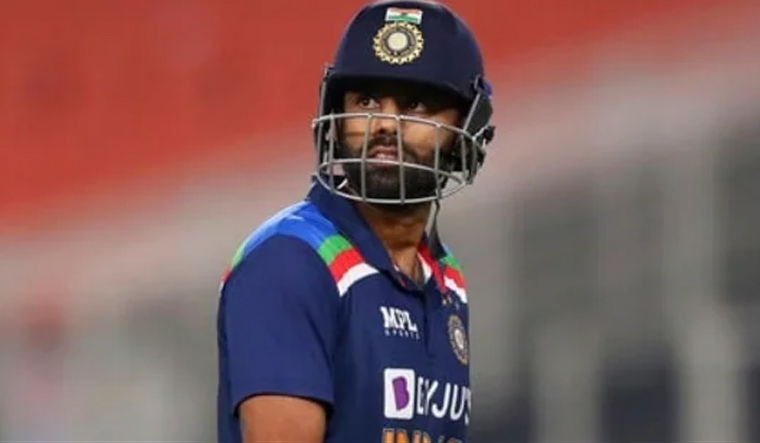 Surya Kumar Yadav brushed aside the criticism of Team India touring Sri Lanka for a short T20 and ODI series being a second-string team. Asked to react to such a description made by former Lankan captain Arjuna Ranatunga, the Mumbai batsman chose to ignore the comment and said, "Everyone is completely focused. The way practice sessions are going and the practice game yesterday are completely fine. We are ready for the challenge. We are here to have fun, enjoy series and take a lot of positives from it."

The series begins on July 13 and includes 3 T20Is and 3 ODI matches. The team led by opener Shikhar Dhawan has many new faces but also consists of main Team India players who play the shorter formats and those on the fringes of selection to the main team. With the World T20 later this year in October, there are a few slots in the line up that are yet to be sealed and it will not be all fun and enjoyment as the players get down to business under the watchful eyes of coach Rahul Dravid.

One of the players who will be in focus is all-rounder Hardik Pandya who made a return to Team India after injury in the series against England at home in March earlier this year. Returning from a lower back injury, he bowled a bit in the suspended IPL this year in training but a shoulder niggle prevented him from bowling in all the 7 matches he played for Mumbai Indians. But he bowled in the third and final ODI against England in March. Pandya's return to full fitness and bowling and batting form are the key to the Indian team's balance especially in T20Is and ODIs, more so the former as India readies for the T20 WC.

Asked how Pandya is shaping up during the training sessions ahead of the SL series, Yadav said, "He did bowl in the England series in all the T20 games and the 5th ODI. Yeah, during IPL he did not bowl—that was team management taking a call. In the intra squad game that we played yesterda, as well as in the nets, he bowled and it's a very good sign."

Talking about how crucial it is for him to perform well in this series to seal a spot in the T20 line up for the WC, Yadav, an aggressive top order batsman who scored 57 and 32 in the two matches he got a chance to bat out of three, said, "That (England series) was a completely different challenge. Every time you go in you start from scratch. This also I have to start from zero. Challenge remains same, go out and perform in the park. Pressure will be there, if there is no pressure there is no fun. I am looking forward to it."

Yadav, who came at number three for India in the T20 series ahead of skipper Virat Kohli, said he was ready to bat at any position in the Indian team, playing his natural, attractive strokeful game. "I have been doing the same thing I did for my franchise in IPL. When I made my debut, it was the same. Whatever position they tell me to bat, I will go out and express myself in every game. I really enjoy doing it," he said.

On the experience of playing under Dravid, the 30-year-old described him as a calming influence. "It's a great opportunity for everyone having the tour amidst the situation. It's a great challenge for each and everyone to come here and express themselves. Having Rahul sir around, it's my first tour with him. I have heard a lot that he is very calm and composed when it comes to this role . So, I'm really excited and looking forward to it."