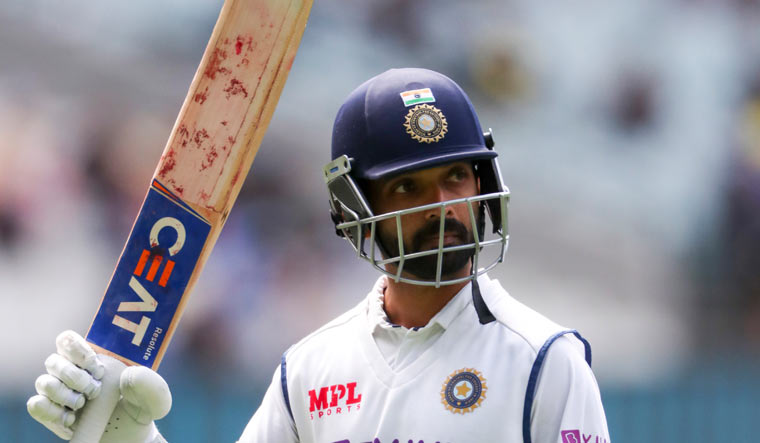 With two days left for the ICC World Test Championship final, both India and New Zealand are busy making their last-minute plans for the much-hyped game.

Team India vice-captain Ajinkya Rahane said the team was looking to play with abundant freedom of expression and focus on the process each session, rather than think about the result. Speaking to the media ahead of the final beginning June 18, which will decide the World Test champions, Rahane said, "We want to take this as just another game. It is important for us to start well. As a team, we have done consistently well [in the past], and so, we must continue doing the same."

Rahane, who was the stand-in captain in the series Down Under, had led from the front, scoring 112 in Melbourne after the debacle in Adelaide. However, his record in England hasn't been great, scoring only one Test century of the 12 he has so far in 10 matches. Nor was his county stint with Hampshire in 2019 too impressive. But his familiarity with the Ageas Bowl, home of Hampshire cricket county and the venue of the final, is something that the team will definitely depend upon. Team India's performance at this venue has not been scintillating in the recent past.

Asked about his and the team's previous performances in England, Rahane said, "Our playing strategies will be very different compared to when we played against England. We don’t want to put ourselves under any pressure. What is important here is we play with freedom, rather than think of the result. If we follow the processes, the results will automatically come."

His poor performances in England aside, Rahane is the highest run scorer for India in the ongoing WTC. In the 17 matches he played as part of the WTC between 2019-2021, Rahane has scored 1,095 runs with an average of 43.8, which includes 3 centuries and 6 half centuries. He, however, in typical Rahane style, downplayed his achievement, saying, "I would like to be in the present. It is more important to adjust to conditions on that day."

He termed New Zealand as a team which had "all its bases covered”. “We respect them; they are a quality team and we don’t take them lightly. Yes, they have the advantage of playing two Tests before the final in England but this match will be all about who will give their best in those 5 days."

He brushed aside concerns of the final being a one-off Test match, with no chance to come back as it usually is in a series. On whether the youngsters, who responded well to the challenges posed in Australia, having the ability to adapt, Rahane said, “It is just a mental thing. If you can switch mentally, adapt quickly, then it’s not a problem. Yes. It is a one-off game, but it is all about following team goals as a batting or bowling unit, and playing good cricket."

He said the team had not had any special discussion with youngsters like Shubman Gill or Rishabh Pant. “I am not telling them anything. They know their game plans; it is about giving them freedom and backing them to play their natural game. We don’t want any confusion."