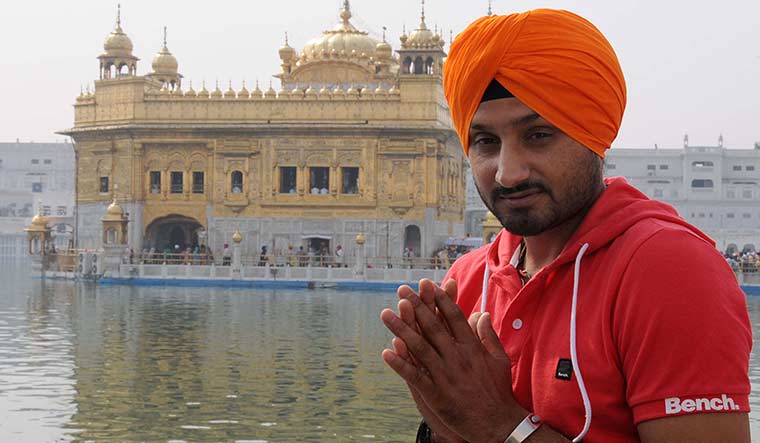 Former India spinner Harbhajan Singh was being vehemently criticised on social media on Monday over an Instagram post he purportedly made the previous day.

Sunday (June 6) was the anniversary of the storming of the Golden Temple by the Indian Army during Operation Blue Star in 1984. The operation had aimed to evict Sikh militants led by Jairnal Singh Bhindranwale, a radical preacher who wanted to establish an independent state of Khalistan for the community.

Hundreds were killed in the operation, which also damaged the Golden Temple and inflamed sentiments among Sikhs.

On Sunday, Harbhajan shared a poster paying homage to 'martyrs' of Operation Blue Star as an Instagram story. Bhindranwale was shown on the poster, though Harbhajan did not name him explicitly. The poster reads, "Live with pride, die for the religion".

A number of rightwing handles and others immediately hit out at Harbhajan. Anshul Saxena, a Twitter influencer followed by Prime Minister Narendra Modi among others, accused Harbhajan of glorifying Bhindranwale.

In April 2020, Harbhajan was trolled after he announced he would support the foundation of Pakistani cricketer Shahid Afridi in coronavirus relief efforts. Harbhajan later distanced himself from Afridi after the Pakistani cricketer had criticised India and PM Modi on a visit to Pakistan-occupied Kashmir.